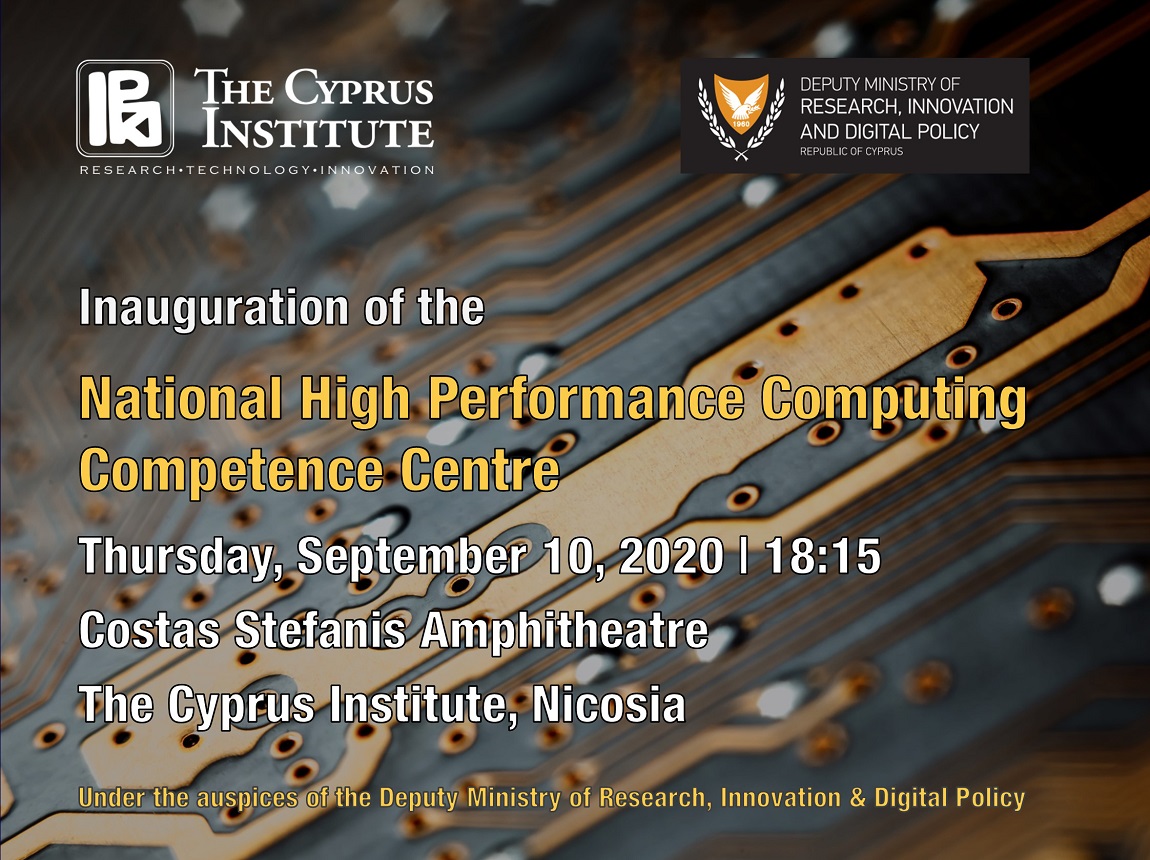 Under the auspices of the Deputy Ministry of Research, Innovation & Digital Policy


The event will be held in English. Live streaming will be available on The Cyprus Institute’s YouTube Channel and Facebook Page.

The Computation-based Science and Technology Research Centre (CaSToRC) of The Cyprus Institute, will develop the High Performance Computing Competence Centre of Cyprus within the European network of National Competence Centres (NCCs) under the EuroHPC, co-funded by Horizon 2020 and the Cyprus Government (Deputy Ministry of Research, Innovation & Digital Policy).

The National Competence Centre (NCC) is envisioned to provide High Performance Computing (HPC) services to industry (including SMEs), academia, and the public sector, delivering solutions to diverse users, thus facilitating the uptake of HPC in Cyprus. It will act as the focal point, facilitating access of national stakeholders to HPC infrastructure, and providing training and skills development. In close collaboration with the Deputy Ministry of Research, Innovation & Digital Policy and the Research and Innovation Foundation, it will promote the digital transformation of Cyprus across academia, industry and the public sector. The establishment of a well-functioning NCC is envisioned to act as a catalyst towards a wider adoption of advanced computing and data science technologies, elevating the national productivity and competitiveness of academia, research and government to European standards of excellence. 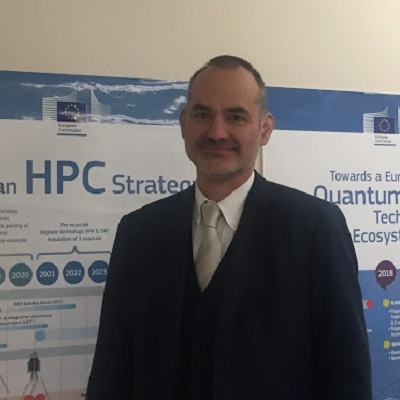 From 1986 to 1990, Gustav Kalbe studied Applied Physics at the Université Catholique de Louvain in Belgium. In 1991, he studied applied optics at the Imperial College London. In 1995, he completed his studies and earned a PhD in Physics, from the Université Catholique de Louvain. In 1995, he joined the company Belgacom S.A, where he worked first as project manager in photonic networks and then as R&D manager. In 1998, he joined the European Commission as a project officer managing research projects on telecommunications, photonics, quantum information processing, ICT security and foundational ICT research. In 2014, Gustav Kalbe became Head of Unit for Administration & Finance in the Directorate General Communications Networks, Content and Technology (DG Connect) of the European Commission. Since 2016 he is Head of Unit of the High Performance Computing and Quantum Technology unit. Since 2018 he is also serving as Interim Executive Director of the European High Performance Computing Joint Undertaking. 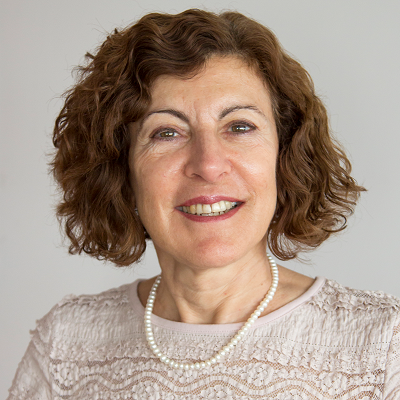 Constantia Alexandrou received a BA degree in Physics from the University of Oxford in 1980 and a PhD in Theoretical Nuclear Physics from the Massachusetts Institute of Technology, USA in 1985. She held research positions at the Paul Scherer Institute, Switzerland and at Erlangen University, Germany. Prof. Alexandrou is Professor at the Physics Department of the University of Cyprus, where she leads the Lattice Quantum Chromodynamics (QCD) Computational Lab. She is coordinator of several research programs, has numerous scientific publications and invited talks at international meetings and has organized several workshops in Cyprus and abroad. She is the representative of Cyprus at IUPAP and PRACE. She served as Vice-Chair of the Interim Governing Board (IGB) and as Chair of the IGB of the Computational-based Science and Technology Research Center (CaSToRC). She is the Acting Direcotr of CASTORC since 2010. In July 2010, the Board of the Cyprus Institute bestowed Alexandrou with the title of Institute Professor'. 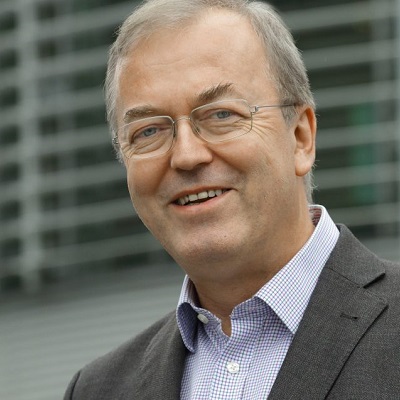 Thomas Lippert is the Director of the Institute for Advanced Simulation (IAS) and Head of the Jülich Supercomputing Centre (JSC). From/Since August 2020 he holds the chair for Modular Supercomputing and Quantum Computing at Goethe University Frankfurt. He received his diploma in Theoretical Physics in 1987 from the University of Würzburg. He holds two Ph.D. degrees, one in Theoretical Particle Physics from Wuppertal University and one in Computer Science from Groningen University. He is member of the board of directors of the John von Neumann Institute for Computing (NIC), member of the board of directors of the Gauss Centre for Supercomputing (GCS) and Vice-Chair of the EuroHPC Research and Innovation Advisory Group (RIAG). 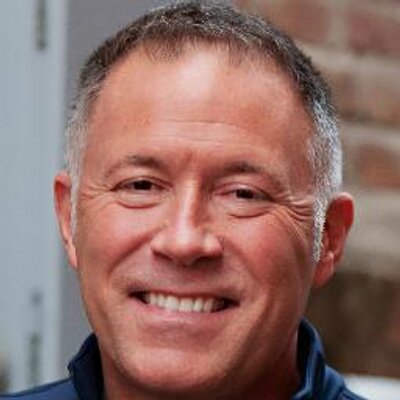 Brendan McGinty leads the industry program for the National Center for Supercomputing Applications (NCSA) at the University of Illinois at Urbana-Champaign. He connects corporate and government needs and grand challenges with advanced computing and big data solutions. Brendan is also Executive Director for the Center for Digital Agriculture as well as the Center for AI Innovation. Previously, he directed corporate engagement for the College of Liberal Arts & Sciences. Brendan has founded and operated several consulting companies providing professional services to businesses and political organizations. He led education technology for one of the nation's top 50 hospitals and has been involved in commercial real estate, food service, and personal care ventures. Earlier in his career, Brendan led the successful privatization of NovaNET, originally PLATO, the world's first computer-based education and social network. He also directed multimedia technologies for a multiple Inc 500 awardee, and managed multimedia training services for a global performance improvement company. Brendan has a Bachelor of Arts from the University of Illinois at Urbana-Champaign and an Associate in Science from Parkland College.

The inauguration will be in English and the live stream is open to the public.
Live streaming of the discussion will be available on The Cyprus Institute’s YouTube Channel and Facebook Channel.

Live streaming is facilitated by the CySTEM project funded by the European Union’s Horizon 2020 Research and Innovation program under Grant Agreement No. 667942.
Images and/or recordings of our open public events may be used by The Cyprus Institute for dissemination purposes including print and digital media such as websites, press-releases, social media, and live streaming.