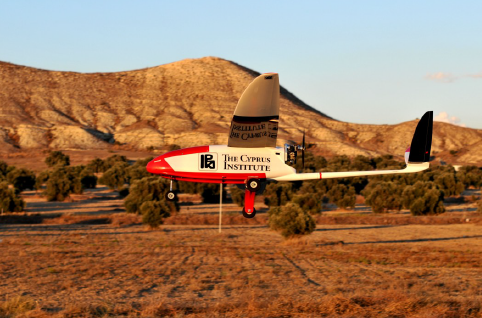 The Earth's environment is always in a state of flux and continuously changes. Today however, we are witnessing changes at an unprecedented pace and extent compared to previous developments. This applies primarily to climate and environmental changes, but has repercussions to other parts of the Earth system, and to humanity at large. To devise measures that will help us manage and adapt to the changes that are bound to occur, we need to have a better understanding of the Earth system. A major prerequisite for gaining more insights are extensive observations of the environment surrounding us.

Traditionally, such observations have been carried out through direct field measurements. Although very reliable, this requires lots of time and patience yet still leaves significant gaps in the coverage of quantities to be known and places to be monitored. The advent of the satellite era opened a new chapter in the science of Earth observations. Satellites have provided unprecedented observations of environmental parameters on a global scale and over long stretches of time. However, both the spatial detail of the observations as well as the availability of measurements for a particular time and place are hampered by restrictions inherent to satellite operations. The employment of manned airplanes has partly reconciled this deficit. However, airplanes are expensive to operate and pilots can only fly so many hours. Thus, the spatial and temporal coverage of airborne observations also leaves significant gaps. 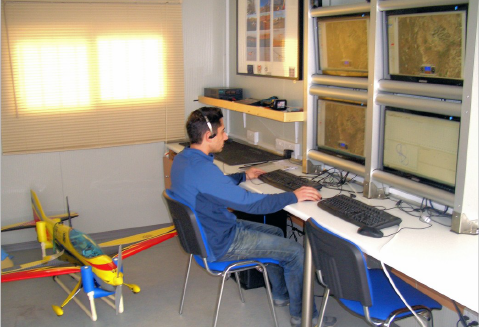 Unmanned airplanes, also called "unmanned aerial vehicles", or "unmanned aerial systems" (UAV or UAS, respectively) offer a promising alternative to manned airplanes. They are very flexibly utilized and quite versatile in terms of the instruments they can employ and the missions they can carry out. In fact, they can go where manned airplanes would hardly fly, namely at extremely low altitudes, in stormy, dangerous weather, or in volcanic ash clouds, to name but a few examples. Moreover, they can be flown autonomously through an autopilot system, enabling precise flights along predefined transects and over long hours.

The APAESO ("Autonomous Flying Platforms for Atmospheric and Earth Surface Observations") project at The Cyprus Institute's (CyI) Energy, Environment and Water Research Center (EEWRC), funded by the Cyprus Research Promotion Foundation aims at addressing two distinct, but related observational tasks: (a) to carry out detailed measurements of atmospheric parameters and to understand basic processes related to weather and climate on the one hand and (b) to monitor and detect changes in Earth's surface conditions through remotely sensed observations over Cyprus and the adjacent near-coastal seas, on the other.

To that end, four UAVs have been procured and have been equipped with a variety of instruments to carry out these observational tasks. Now that these instruments have been expertly integrated into the platforms, the time has come to start flying. In addition, we designed and realized a “Control and Operation Facility”, a dedicated, fully autonomous vehicle (trailer) that serves as our mobile mission control unit during the operation of the APAESO platforms. This enables us to be very flexible in operating the airplanes almost anywhere on the island.

However, our plans are going even beyond this already exciting prospect. We are currently taking steps to develop the APAESO project into an operational CyI UAV Facility, which will be unique to Cyprus and the eastern Mediterranean. Once implemented, the "sky is the limit" as far as possible applications are concerned. They range from repeated surveys of air chemistry and aerosol characterizations, to monitoring of changes in land vegetation and contaminant detections in water reservoirs or the ocean, to forest fire monitoring and to the assessment of health and growth of cultivated plants and trees for precision farming operations. With such a facility, unmanned airplanes and their employment will serve to safeguard Cyprus' natural environment and to enable the sustainable and effective use of arable lands. In addition, carrying out adaptation and miniaturization of exceedingly specialized instrumentation, their integration into autonomous measurement modules as well as their seamless integration into unmanned airplanes represents a unique opportunity to boost the hightech industry in Cyprus.