*The colloquium will be in English, the event is open to the public, light refreshments will be served after the talk.

Abstract
Scientists naturally establish international links to develop their research (e.g. Guglielmo Marconi, Vito Volterra – who were both pan-European researchers). This talk will focus on the CNR efforts to build-up its considerable international networks, from the Arctic to the Himalayas.

CNRs approach recognizes a privileged role for Cultural Heritage in these efforts – and the fact that science has no frontiers. For this reason scientists are pioneers of political choices in Europe. Science contributes to creating Europe but Europe also contributes to creating Science. In the context of the 60th anniversary of the Treaty of Rome, the talk highlights the role of the European Union, in creating a multi-national research space and will showcase the example of the recently announced Flagship in Quantum Technologies challenge, a ten-year programme that will see the involvement of all Member States, and with a total investment of one billion euros from 2018. The CNR is the Italian coordinator of this challenge. 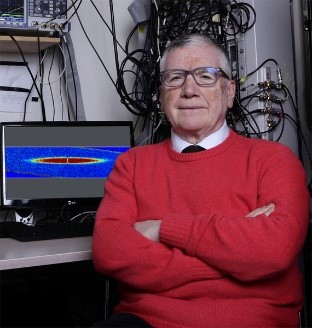 Massimo Inguscio, President of the National Research Council of Italy (CNR), of which had previously directed the Department of Physical Sciences, member of the National Academy of Lincei, has been president of the Institute of Metrological Research National (INRIM). He was awarded the Legion d’Honneur by the French Government, received the prize Enrico Fermi of Italian Physical Society, the Herbert Walther Award of the Optical Society of America and the German Physical Society and has been included in the Thomson-Reuters list of "most influential scientific minds" for his activities in atomic physics research close to absolute zero at LENS-European Laboratory for Non-linear Spectroscopy, University of Florence, of which he was director.

His most important achievements include: experimental tests of Quantum Electro-dynamics theory of the helium fine structure (for the high-precision determination of the fine structure constant) and of symmetry properties of molecules; first Italian Bose-Einstein condensation (BEC) with Rubidium atoms; invention of the sympathetic cooling technique with different atomic species; first Bose-Einstein condensation of Potassium atoms (41K and 39K); pioneering studies of bosonic and fermionic gases in optical lattices and demonstration of their application as accurate force sensors with high spatial resolution; first investigation of disorder physics with ultracold gases and demonstration of Anderson localization of matter waves; pioneering experimental demonstrations of quantum simulation and, more in general, of the new revolution of atom-based quantum technologies; development of instrumentation for spectroscopy, metrology and cross-fertilization of frontier and interdisciplinary fields in science.

This event is part of the CyI Colloquium Series.  View all CyI events.