The FP7 infrastructure project LinkSCEEM that ended in 2015 help established the CaSToRC as a regional computational center for the Eastern Mediterranean. Through the coordination of the €3 million project, CaSToRC organized 64 training events in Cyprus, Egypt, Jordan, Greece, Israel, Lebanon and Turkey reaching a total of over 1500 scientists.  CaSToRC personnel trained in High Performance Computing (HPC) help spread the know-how to the region. 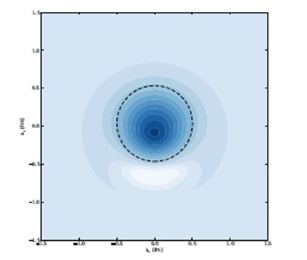 The development of computer infrastructure has revolutionized the approach to fundamental research in the sciences. Simulation has come to be regarded today as the “third pillar” of scientific enquiry, augmenting the traditional branches of experiment and theory. Ab initio calculations in physics, chemistry and biology provide fundamental insights into the complex processes occurring in these areas and lead to deeper understanding of a wide range of phenomena. Recently, for example, the Biophysics group at the University of Cyprus and collaborators used additional computer resources at CaSToRC to perform molecular dynamics simulations to uncover a new structure that may lead to the design of a new drug.

CaSToRC’s goal of developing this research direction is to build technical expertise that complements research carried out at local Universities and which is needed for large scale simulations. This expertise will help the researchers at the local Universities as well as regional institutions to develop codes for large-scale computers and be competitive on the European scale. CaSToRC has initiated fundamental research in the computational methods in physics utilizing the expertise of its staff. An advanced Simulation Lab (SimLab) has been created in partnership with JSC, the only Simulation Lab that JSC is developing in partnership with a non-German Institution. The inauguration of the Lab took place in November of 2010 focussing on high-energy physics, which is regarded as a field at the forefront of computational science; scientists involved in the SimLab are providing domain expertise and user support and participate in the scientific computing activities described above. In particular, they participate in the prototyping activities within PRACE that aim at using accelerators such as many-core graphic cards to speed up computations.

CaSToRC introduced the first cluster in Cyprus based on NVIDIA graphics cards that is being used for scientific applications. Scientists at CaSToRC are leading in Cyprus and the region the development of codes for these prototype computers, which are expected to become the future mainstream computers. These activities, at the cutting edge of computational basic sciences, offer training for scientists and students in state-of-the art computing and services and prepare them for using the computers of the future.