Abstract
The necessity of creating of a Specialized Center of Archaeological Geophysics is discussed. In Israel there is an enormous number (>50,000) of archaeological sites of various age, origin and size. Direct excavation of all sites is impossible for financial, organizational, ecological and other reasons. This calls for the application of different geophysical (noninvasive) methods enabling the delineation and classification of buried ancient targets. However, different kinds of noise complicate geophysical methods employed at archaeological sites. Geodynamically active, arid, multi-layered and geologically variable surrounding media not only complicate discovering ancient objects, but also in many cases damage these objects and disturb their physical properties. This necessitates the use of modern interpretation geophysical technologies supported by the latest achievements in different applied branches of mathematics, engineering, etc.

The main focus in this presentation is on application of potential (first of all, high-precision magnetic survey; this list includes also self-potential, microgravity, temperature and resistivity investigations) and quasipotential (VLF, induced polarization and piezoelectric methods) methods; other methods are briefly considered. In magnetic prospecting, a multi-stage comprehensive methodology of processing and interpretation (beginning from calculation of secondary magnetic variations effect and ending advanced quantitative analysis of magnetic anomalies under conditions of oblique magnetization, rugged terrain relief and complex media and 3D magnetic field modelling) has been developed. Some components of the system have been successfully transferred to other geophysical fields. Geophysical field processing and integration is realized on the basis of information, wavelet and other approaches.

The geophysical investigations at archaeological sites in Israel could be tentatively divided on three stages: (1) past (till 1998), (2) present (1999–2017), and (3) future (2018 and later). The past stage with several archaeoseismic reviews and very limited application of geophysical methods was replaced by the present stage with the violent employment of numerous geophysical techniques. It is supposed that the future stage will be characterized by extensive development of multidisciplinary physical-archaeological databases, employment of all possible indicators for 4-D monitoring and application of combined geophysical multilevel surveys using remote operated vehicles in the air (at low altitudes), underwater, underground and on land. 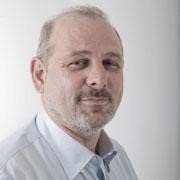 Lev V. Eppelbaum received the M.Sc in Geophysics (1982) at the University of Oil and Chemistry (Oil Academy) in Baku (Azerbaijan) and Ph.D. (1989) at the Inst. of Geophysics in Tbilisi (Georgia) & the Moscow Mining University. In 1982-1983 he conducted geophysical investigations in the Central Geol. Inst. of Non-Ferrous and Rare metals (“TsNIGRI”).

From 1983 to 1990 he worked as a Researcher and Senior Researcher at the Inst. of Geophysics in Baku (Southern Branch of the All-Union Geophysical Prospecting Institute). During 1991-1993 he had Postdoctoral Studies at the Dept. of Geophysics, Tel Aviv University (TAU).

From 1993 to 2005 he occupied positions of Researcher, Senior Researcher and Senior Lecturer; in February 2005 he received at this Dept. a position of Associated Professor (Principal Researcher).
Prof. Eppelbaum gives the following TAU courses: “Potential Geophysical Fields”, “Environmental Geophysics”, and “Archaeological Geophysics”.

He is Associate Editor at “Geophysical Instrumentation, Methods and Data System” and “International Journal of Materials, Methods & Technologies”, as well as a member of the Editorial Board of “Archaeological Discovery”, “Positioning”, “International Jour. of Earthquake Engineering”,“Global Journal of Archaeology & Antropology”, “Stratigraphy & Sedimentation”, “Energy and Environ. Sciences” and Guest Editor of “Advances in Geosciences”, “Jour. of Geophysics and Engineering” and “Near-Surface Geophysics”. He was selected as chairperson and member of Organization Committee at 17 International Scientific Conferences. He is a member of the International Commission “Rotation of the Earth”and member of the Webmed Central Ecology Advisory Board.

Prof. Eppelbaum is a reviewer in more than 40 International Journals.
In January 2017 Lev Eppelbaum was elected as Foreign Member of the Russian Academy of Natural Sciences (RANS). In July 2017 he received an honorary rank "Knight of Science and Arts" of RANS.
Google Scholar: No of citations – 3,475.
ResearchGate Attributes: RG Score – 42.27, number of downloads (reads) – 46,153, number of citations – 2,781.