The colloquium will be in English and the event is open to the public.

Live streaming of the lecture will be available on The Cyprus Institute’s YouTube Channel
Live streaming is facilitated by the CySTEM project funded by the European Union’s Horizon 2020 Research and Innovation program under Grant Agreement No. 667942.

After a brief history of the growth and development of archaeology in the 20th century and its fairly recent collaboration with scientific technology, a tendency which is successfully practiced at the Cyprus Institute, the lecturer puts forward a warning that technological advancement and method should not alter the basic humanistic aspect of archaeology, by confining research only to the perfection of technological method alone. Taking Cypriot archaeology as an example, he underlines how archaeological research in all aspects of ancient life has gained by referring to conditions known during a period in the 8th century BC and as early as the 11th century BC, a period which is called Homeric and pre-Homeric respectively. By doing this not only archaeology has gained but also philological and literary studies. Examples of this interplay are given from discoveries at Palaepaphos and Salamis. The lecturer’s advice to the younger generation of archaeologists dealing with the Aegean and the Near East is that in the bag containing their computer there should be a small place for some literary works like Homer, Hesiod, Herodotus and the Bible. 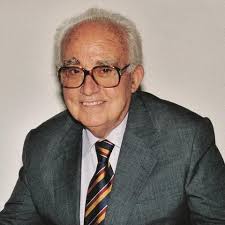 Prof Karageorghis received his education from the University of London (B.A., PhD, and Certificate in practical archaeology). He served in the Department of Antiquities of the Republic of Cyprus, between 1952 and 1989 and he was Director of the Department from 1963 to 1989. From 1989 and until 2010 he was the Director of the Anastasios G. Leventis Foundation in Nicosia.

In 1992 he undertook the initiative for the establishment of the Archaeological Research Unit of the University of Cyprus and served as its first director (1992-1996). He has been a corresponding member or Foreign member of the London, Athens, Paris, Stockholm, Madrid, Rome and Vienna Academies and he has received honorary doctorates from the University of Oxford, Athens, Brock, Brussels, Dublin (Trinity College), Lyon, Göteborg, Birmingham  and  Mariupol.

Prof. Karageorghis excavated extensively in Cyprus from 1952 to 1989 and 2010-2011. He is currently Adjunct Professor at the Cyprus Institute. During the lifespan of his career he has received several prizes, including the Onassis Prize (1991). He is the author of more than 100 books and about 500 articles.