* This seminar comprises 2 presentations
* The seminar will be in English and the event is open to the public.

Mineral Dust: A Key Player in the Atmosphere

The importance of mineral dust for atmospheric aerosol composition and cloud droplet formation is studied by considering i) the adsorption of water on the surface of insoluble particles, ii) the particle coating by soluble material which augments cloud condensation nuclei (CCN) activity, and iii) the effect of dust on inorganic aerosol concentrations through thermodynamic interactions with mineral cations. Naturally emitted particles affect the phase partitioning of semivolatile inorganic constituents (e.g., nitrate), especially in areas where dust comprises a significant portion of total particulate matter, and the simulation of these effects can considerably improve the calculated aerosol composition and properties (e.g., aerosol acidity, CCN activity, etc.). However, most thermodynamic models used in global studies lack a realistic treatment of crustal species. Here we use the global chemistry climate model EMAC with the ISORROPIA-II thermodynamic equilibrium model to consider the interactions of K+-Ca2+-Mg2+-NH4+-Na+-SO42--NO3--Cl--H2O aerosol components.

Dust is considered a mixture of inert material with reactive minerals and its emissions are calculated online by taking into account the soil particle size distribution and chemical composition of different deserts worldwide. The impact of dust on droplet formation is treated through the “unified dust activation parameterization” that considers the inherent hydrophilicity from adsorption and acquired hygroscopicity from soluble salts during aging.

This study demonstrates that a comprehensive treatment of the CCN activity of mineral dust aerosols and their chemical and thermodynamic interactions with inorganic species by CCMs is important to realistically account for aerosol-chemistry-cloud-climate interactions. Neglecting the mineral dust chemistry and thermodynamics may introduce significant biases in the global distribution of semivolatile inorganic aerosol components and the calculated aerosol acidity. In addition, the realistic representation of soluble coating on dust is crucial since it affects its efficiency to grow by water uptake, which significantly influences the local supersaturation and thus cloud droplet formation not only close to deserts, but also over anthropogenically polluted regions. 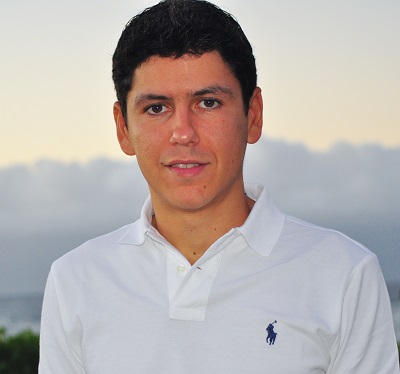 Dr. Vlassis Karydis received his Ph.D. from the department of Chemical Engineering at the University of Patras, Greece (2009) under the supervision of Prof. Spyros Pandis. He worked as a Post-Doctoral fellow in the Department of Earth and Atmospheric Sciences at Georgia Institute of Technology, USA (2010-2012). Then, he was awarded a Marie Curie International Reintegration Grant at the Max Planck Institute for Chemistry in the Department of Atmospheric Chemistry (2013-2017).

His research areas include the impact of tropospheric aerosols on air quality and climate with special focus on aerosol thermodynamics, cloud microphysical processes, and aerosol-cloud interactions.

Atmospheric aerosols adversely affect human health and play a significant role in climate change on regional and global scales. Organic aerosol (OA) is an important constituent of atmospheric particles contributing 20-90% to the total submicron particulate mass. However, the understanding of OA sources, atmospheric processing and removal is limited. OA consists of primary material (POA, directly emitted from sources such as fossil fuel combustion and biomass burning) and secondary particulate matter (SOA, formed within the atmosphere from the oxidation of gas-phase precursors). The relative contribution of POA and SOA to the overall OA budget remains controversial.

Here, we present the continuous development of a computationally efficient model that simulates the organic aerosol composition and evolution in the atmosphere (ORACLE). The model simulates the formation of secondary organic aerosol (SOA) from semi-volatile (SVOCs), intermediate-volatility (IVOCs) and volatile organic compounds (VOCs) and incorporates the organic species in a two dimensional space defined by volatility and oxidation state. ORACLE is implemented into EMAC global chemistry climate model and a comprehensive evaluation of its performance is conducted against an extensive AMS factor analysis data derived from all the major field campaigns that took place globally during the years of 2001-2010. In terms of computational speed, ORACLE uses a simple photochemical aging scheme that efficiently simulates the net effect of fragmentation and functionalization on the reactant organic compound with proved accuracy. The new model is able to predict not only the mass concentration of OA components, but also their oxidation state (in terms of O:C) which allows their classification in POA (chemically unprocessed), fresh SOA (low oxygenated) and aged SOA (highly oxygenated).

The explicit simulation of the chemical conversion of OA from a freshly emitted material to a highly oxygenated substance through photochemical aging allows the model to track the hygroscopicity changes of OA that accompany these reactions, a parameter that is directly linked with the ability of OA to act as cloud condensation nuclei. Based on its new features along with its accurate performance and computational efficiency, ORACLE 2D appear to be an attractive module for use in atmospheric chemistry climate models for quantifying the climatic impact of OA. 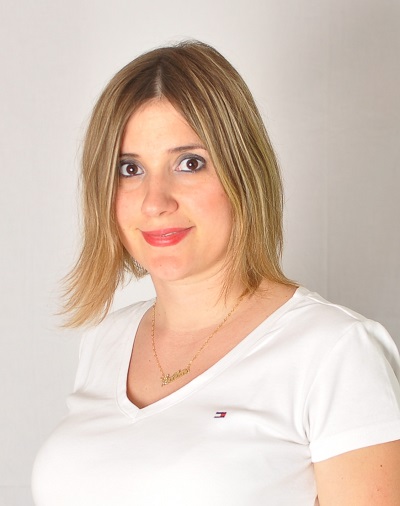 Dr. Alexandra Tsimpidi received her M.S. and Ph.D. in Chemical Engineering (2009) from the University of Patras, Greece, after earning the Dipl. Ing., Chemical Engineering from the same department (2004). Since January of 2010, she held a Post-Doctoral fellowship in the school of civil and environmental engineering at Georgia Institute of Technology (GaTech), USA, until September 2012. On November of 2012, she was hired by the Max Planck Institute for Chemistry (MPIC) in Mainz as a research assistant in the department of atmospheric chemistry.

Her research areas include the study of multiphase atmospheric chemistry as it relates to aerosol formation, growth, and their impact on Earth's energy balance and climate. During her PhD she developed a new framework for simulating the organic aerosols and proposed a new set of terms and definitions for use in future air quality modeling studies.
During her Post-Doctoral fellowship in GaTech, she investigated the role of atmospheric pollutants on climate and the impact of climate-responsive controls on regional air quality.

Her current research at MPIC includes the development of advanced atmospheric aerosol modules incorporated in global chemistry climate models for the study of the aerosol effects on human health, air quality, and global climate. Recently she was funded with an individual grant by the DFG which is the largest research funding organization in Germany. The above research has resulted in 25 peer reviewed journal publications thus far (8 first authorships, 526 citations, h-index: 12).