Economy Transition and the Role of the Circular Economy

For the first time in human history, we are living in the socio-economic space of planetary scope. We are more interconnected and inter-dependent than ever. The number of challenges we are collectively facing is growing and we can address them only together. Agreement on Sustainable Development Goals (SDGs) is the first important step in the direction required. Trade-offs among various SDGs are unavoidable. Sustainable Consumption and Production is the most efficient strategy to avoid trade-offs and create synergies to resolve them.

The current economic model is not sustainable and it is essential and urgent that we transform it in a way to be consistent with the implementation of the SDGs. Circular economy is a concept, an instrument, which could help transforming economic model to a more sustainable one. To make this transformation possible, we would need to strengthen the leadership and improve the global governance.

An opportunity for the EU to lead this process certainly exists and it should not be missed. 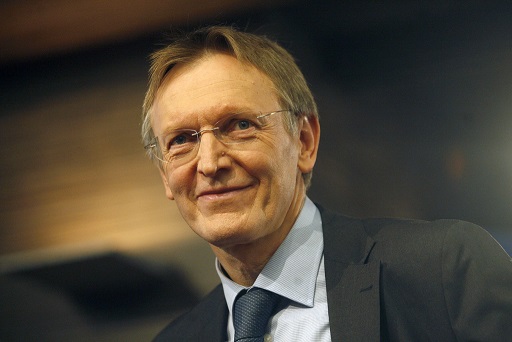 Dr Janez Potočnik received his PhD from the Faculty of Economics at the University of Ljubljana, Slovenia, in 1993. After a successful career as a researcher at the Institute of Economic Research, he was appointed Director of the Institute of Macroeconomic Analysis and Development in 1994, and Head of the Negotiating Team for Accession of Slovenia to the EU in 1998. He was also Director of the Government Office for European Affairs in 2000, Minister Councillor at the Office of the Prime Minister in 2001, and Minister responsible for European Affairs in 2002.

He was also appointed as Chairman of The Forum for the Future of Agriculture and RISE Foundation, and as a Member of the European Policy Centre's Advisory Council. Since April 2016, he is Partner in SYSTEMIQ, and is currently serving as a Member of the Board of Trustees of The Cyprus Institute.

The Cyprus Institute founded the Hubert Curien Memorial Lectures Series, in honor of the late Prof. Hubert Curien (1924-2005), a Trustee of CREF and founding Chair of its International Council. Prof. Hubert Curien, a physicist, is regarded as one of the most influential scientists and science policy makers of the 20th century. After an involvement in the French resistance at the end of World War II, Hubert Curien graduated from the École Normale Supérieure. His scientific work was devoted to crystallography and he became an Assistant Professor at Paris University at the age of 27 and Professor five years later.

He was highly respected for his devotion to science, his openness and his generosity to people. His contribution in the planning and realization of The Cyprus Institute was pivotal and profound.