* The colloquium will be in English and the event is open to the public.

The region encompassing countries of the Middle Eastern and North-African countries, called the MENA Region faces multiple challenges for a sustainable and secure future development. Challenges include a large variability of bio-geographical characteristics, extreme population growth over the last few decades and substantial societal and economical transitions as well as armed conflicts in some of the countries of the region. Anticipated changes in climate conditions will exacerbate the challenges with regard to providing sufficient amounts of water, food and energy to the communities in the region. Impacts of climate change will materialize as an increasing number of heat waves, primarily in urban structures and the decline in water availability as a result of enhanced droughts and a growing numbers of dry spells.

Responding to these challenges requires integrated science and a close relationship between policy makers and stakeholders, a need that Future Earth (www.futureearth.org) has been designed to respond to. In order to address the requirements of nation states and local communities, Future Earth has adopted a regional governance structure. This has resulted in the establishment of the Future Earth MENA Regional Center at the Cyprus Institute (FEMRC; http://www.futureearth.org/mena-centre) in Nicosia, Cyprus.

In close cooperation with the members of the Regional Advisory Committee, we are working on the formulation and an implementation of a “Future Earth Research Strategy for the MENA Region”. In parallel, we are exploring possible concrete measures addressing some of the challenges that aim at advancing sustainable future for communities of the MENA Region. 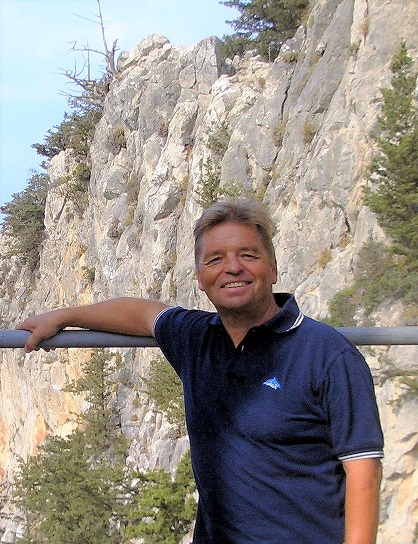 Manfred A. Lange received a PhD in Geophysics from the University of Kiel, Germany in 1980. After a two-year post-doctoral fellowship at the Californian Institute of Technology in Pasadena, California, USA, he held a position as staff scientist/glaciologist at the Alfred-Wegener-Institute for Polar and Marine Research in Bremerhaven, Germany. From 1992 to 1995, he was the Director of the Arctic Centre at the University of Lapland in Rovaniemi, Finland.

Between 1995 and 2007, Manfred Lange was appointed full Professor in Geophysics at the Westfälische-Wilhelms-Universität Münster, Germany. Since 1998, he was also the Director of the University of Münster’s Center for Environmental Research. Manfred Lange has been and continuous to be coordinator and participant of numerous projects of the European Union and the European Science Foundation and has coordinated various nationally funded research projects in Germany, Finland and Cyprus.

Since September 2007 until September 2015, he has been the founding Director of the Energy, Environment and Water Research Center (EEWRC) of the Cyprus Institute (CyI) in Nicosia, Cyprus (www.cyi.ac.cy) and continues to serve as full Professor at EEWRC. Between April 2013 to October 2015, he was the acting Vice President for Research of CyI and since May 2015 until September 2017, he has been appointed as Acting Director of the Science and Technology in Archaeology Research Center at CyI.

He currently serves as Director of the Future Earth MENA Regional Center, as well as Director of the MENA Regional Nodal Office for the Global Land Programme. He serves on the Steering Committee of the Mediterranean Experts on Climate and Environmental Change (MedECC) and is a member of the Facilitation Team for the Future Earth Water-Energy-Food Nexus Knowledge Action Network (Nexus-KAN). His main research interests include the assessment of climate change impacts with a focus on water- and energy security, renewable energy sources and energy- and water use efficiency in the built environment.