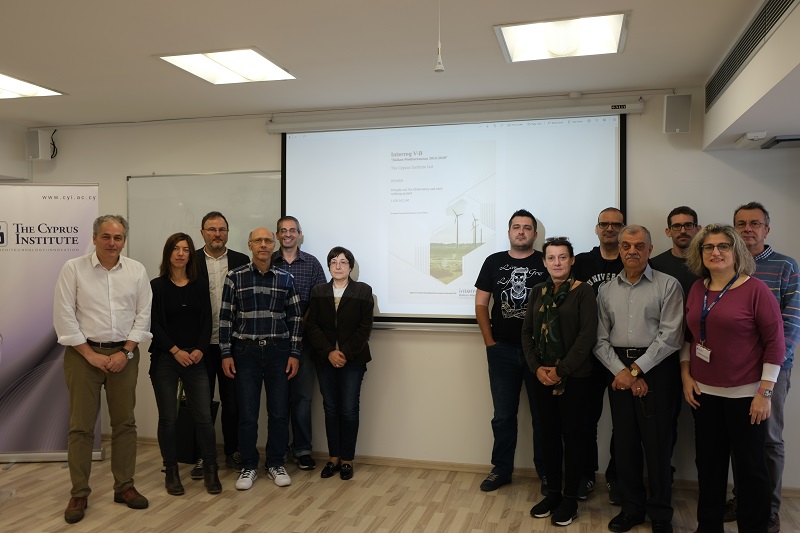 CyI has successfully organized a workshop on the prevention of forest fires, as part of the DISARM research project. The workshop was held on Monday, 25th of November 2019, at CyI’s premises in Athalassa and aimed to present the research results of the project to the public, as well as the usability of its applications on prevention of forest fires and drought. The workshop was attended by senior staff of the Cyprus Fire Service, the Department of Forests, the Cyprus Hunting Service, the Department of Agriculture, the Agricultural Research Institute, the Department of Meteorology of Cyprus and academic staff of CyI.

Research Director National Observatory of Athens (NOA), Dr Vasiliki Kotroni, focused on presenting the DISARM project, while Dr Theodoros Yiannaros, NOA’s Research Associate, talked about the forecast of the spread of a forest fire front through the “IRIS” system. Additionally, Professor Konstantinos Kartalis of the Department of Physics at the University of Athens, delivered a lecture on satellite forest fire detection, and Dr Yiannis Proestos of CyI talked about the numerical prediction of fire risk for Cyprus, the Balkans and the eastern Mediterranean. In his talk, Research Director of NOA, Dr Christos Giannakopoulos, focused on the relationship between forest fires and the climate change phenomenon. Finally, CyI’s Dr Silas Michaelides presented the DISARM online platform for Cyprus (http://map.disarmfire.eu/).
The DISARM project (Drought and Fire Observatory and eArly waRning system) is supported by the European Commission – Interreg, Balkan-Mediterranean programme. Through DISARM, institutions with common interests are cooperating to develop an observatory and to provide timely forecasting tools for forest fires and droughts. DISARM project brings together the countries of Greece, Bulgaria and Cyprus, with the aim to establish a common strategic framework for tackling the challenges posed by drought and wildland fires. It is important to note that the participating countries have been already facing these challenges in recent years.
Early forecasting of drought and forest fires is essential and has already been recognized worldwide, especially in the Mediterranean and Balkan regions. These areas are experiencing increasing probability of forest fires during the summer, while there are periods of increased drought in the winter. Indeed, in recent years the incidence of the above phenomena has been shown to increase due to climate change.
The Cyprus Institute collaborates on this project with the National Institute of Meteorology and Hydrology of the Bulgarian Academy of Sciences (NIMH-BAS), the Department of Meteorology of Cyprus, the National Observatory of Athens, the National and Kapodistrian University of Athens, the Civil Defence of Cyprus and the 7th Hunting Federation of Thessaly and Sporades Islands. 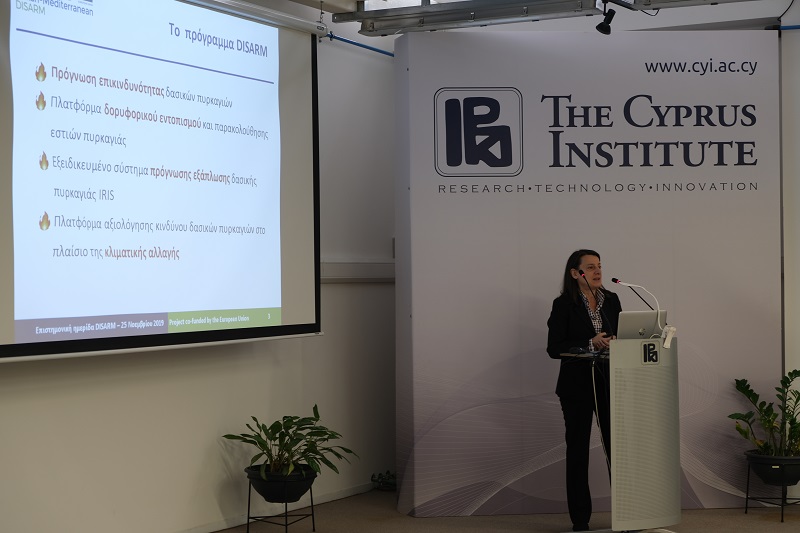 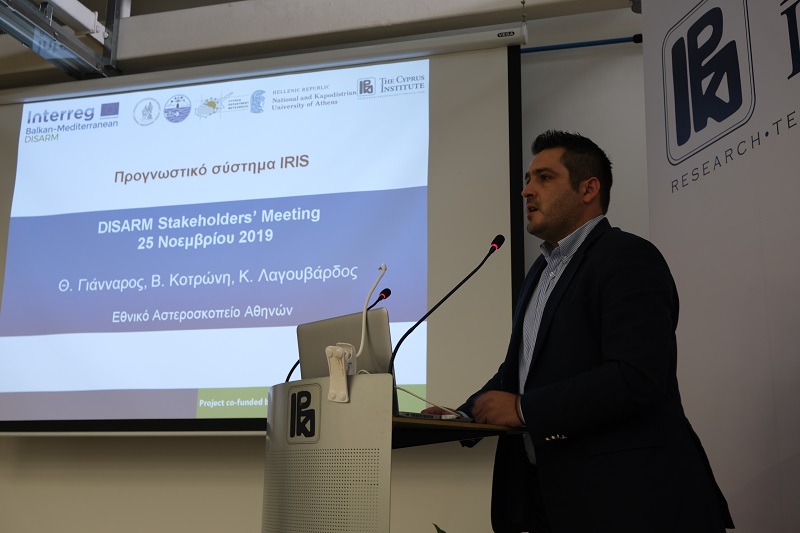 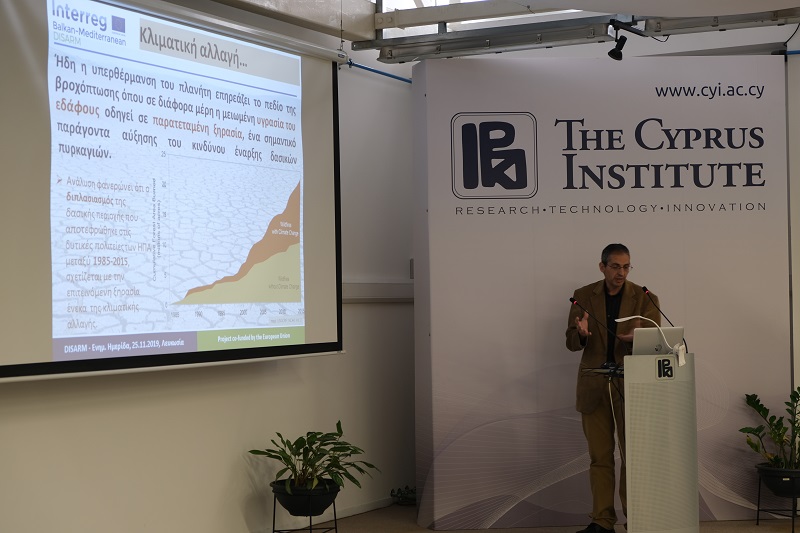 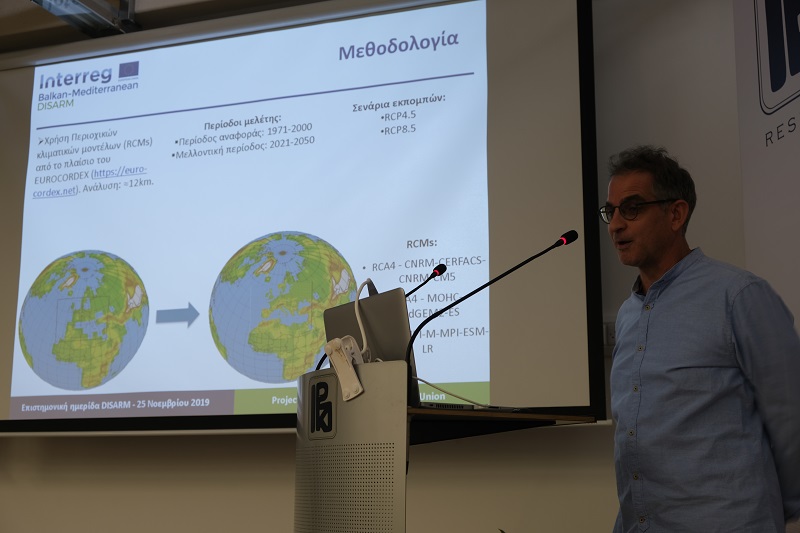 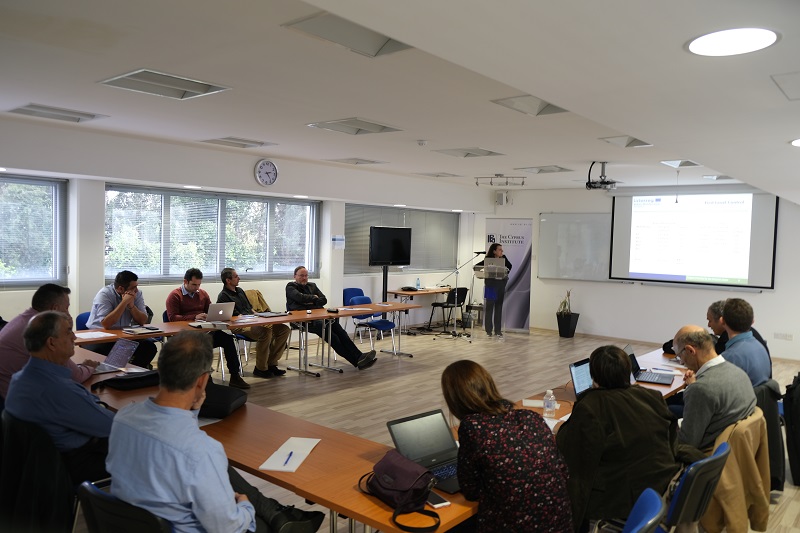