The CyI European Research Area (ERA) Chair in Solar Thermal Energy for the Eastern Mediterranean (CySTEM – ERA Chair) project is one of the few prestigious ERA Chairs awarded by the European Commission across Europe and the only one in the field of Solar Energy. As stated in by the European Commission in its website, “the ERA Chairs is an important part of the EU’s effort to unlock Europe’s potential in research and innovation.” It is an ambitious action funded under Horizon 2020. 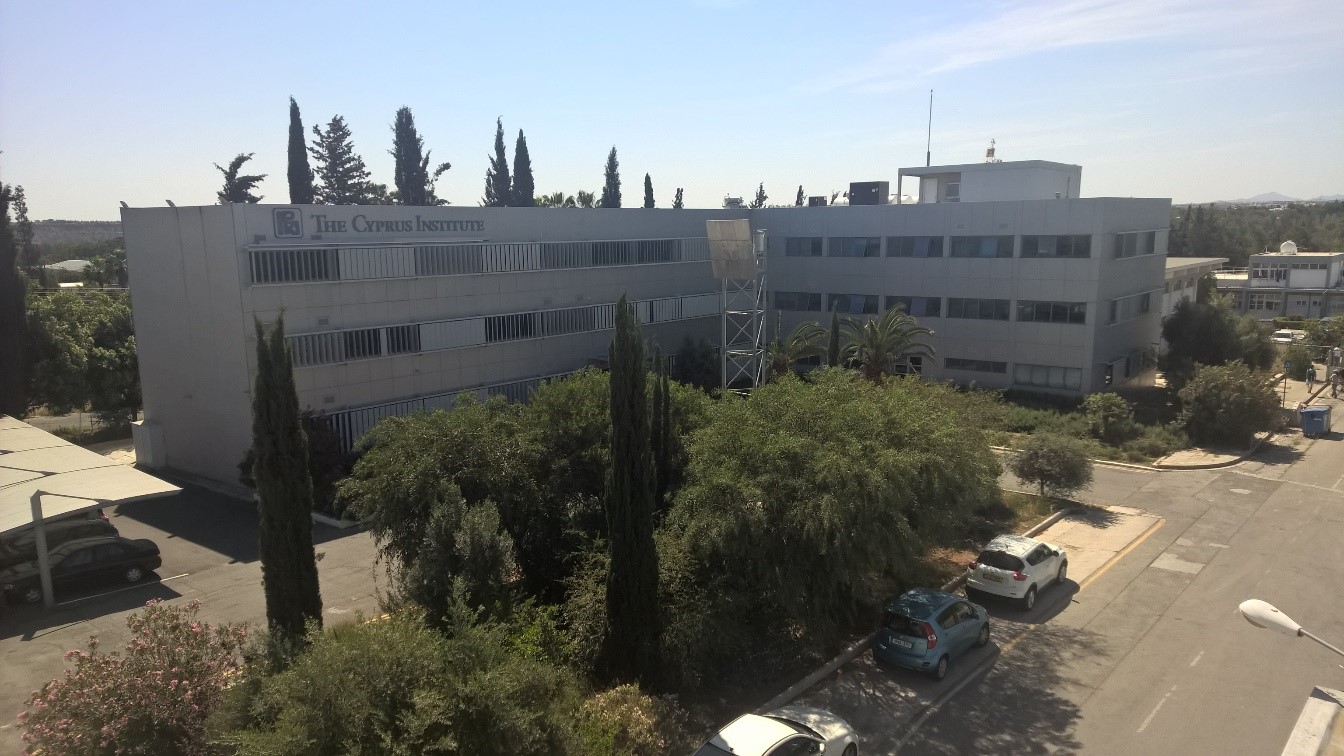 Main building of The Cyprus Institute Headquarters at Nicosia, Cyprus

The CySTEM – ERA Chair aims at consolidating and upgrading the already substantial activity at the Cyprus Institute (CyI) in Solar Energy, principally in Concentrating Solar Thermal (CST) and related activities. This is being accomplished by attracting and installing a cluster of outstanding researchers to maximally utilize and upgrade the existing facilities, and pursue a program of excellence in Cyprus, with local and regional focus in the region of Eastern Mediterranean and Middle East (EMME).

The CySTEM ERA Chair action has the goal of enhancing the already significant international standing of the Solar and Desalination Group of the Cyprus Institute to consolidate it into a leader in the Concentrated Solar Thermal (CST) research field. It is a 5-year project, which started on 1 July 2015. It has a total budget of €3.5 Million (including €2.5 Million from the EC).
The group’s main research efforts are targeted to developing innovative small polygeneration CST system concepts, which have been initially established in collaboration with leading research institutions of USA and Europe, such as MIT and the University of Illinois at Urbana–Champaign, under the leadership of Cyprus Institute’s President, Prof. C.N. Papanicolas. 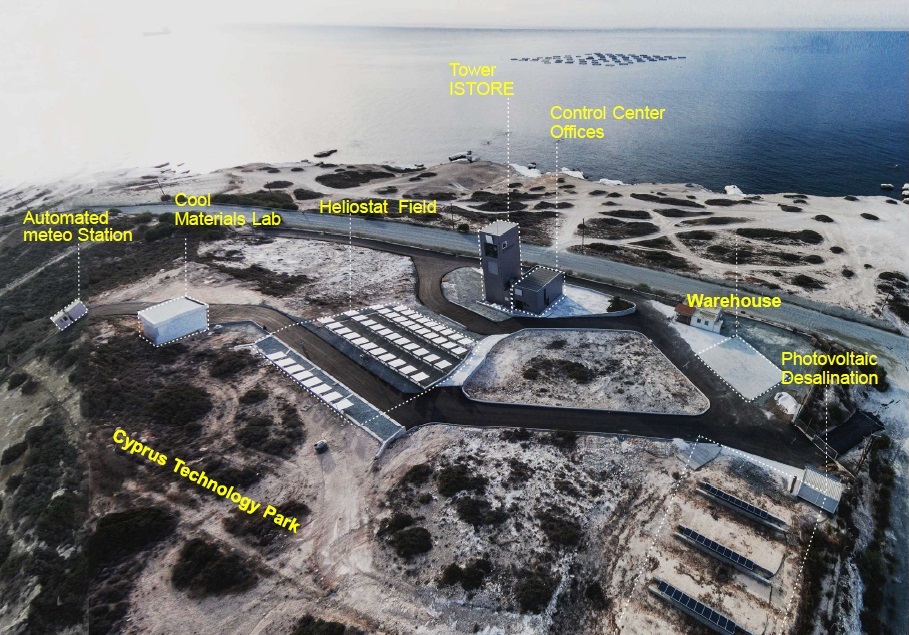 The Cyprus Institute's Platform for Research, Observation and Technological Applications in Solar energy "PROTEAS" in Pentakomo.

Much of the work to be carried out within the framework of the ERA Chair will be related to test the first prototype of this innovative small-scale CST technology, which is already being built, and use the lessons learned during testing to improve the design of its different elements: heliostats, receivers, thermal storage, power block, and desalination subsystem. Based upon the new designs, new prototypes will built and tested. This cycle of improving the design of components, constructing and testing prototypes, drawing lessons from the testing to improve further the design, will continue until the technology is ready for commercialization.
The process is also complemented by the economic scrutiny of the systems, tracking their reduction of costs over time, and putting these deigns in context with rival solar thermal systems, but also other, renewable-based and traditional energy solutions. During the whole process, there will be many opportunities for the CySTEM ERA Chair’s team, and the members of the Solar and Desalination Group at large, to gain an invaluable experience while contributing to improve the state of the art of CST technologies, carrying out interesting and ground-breaking research; and publishing in high impact scientific journals and presenting their findings in important conferences and scientific events.
Another substantial part of the effort will be directed to improving the testing capabilities of the group in collaboration with leading institutions on this field, such as CIEMAT´s PSA, DLR, CNRS, ENEA, and many others, with which the Cyprus Institute is already collaborating in many European projects, such as STAGE-STE, EU-SOLARIS and NESTER among others.

The Chair is embedded in CyI’s Energy Environment and Water Research Centre (EEWRC), a Centre with intense activity in climate change (and adaptation strategies), water management, and sustainability. CyI, being a technologically orientated research and educational institution, will provide the CySTEM Chair and its team the opportunity to contribute to other related important activities, such as the modelling of the energy systems of Cyprus, ranging from the electricity systems to the heat, transportation and aviation sectors. The main aim will be to connect the work on CST to the rest of the energy landscape with outcomes such as the definition of a road map for Renewable Energy Sources (and Solar in particular), the developments in the area in light of the recent discoveries of substantial Natural Gas deposits in the Eastern Mediterranean etc. 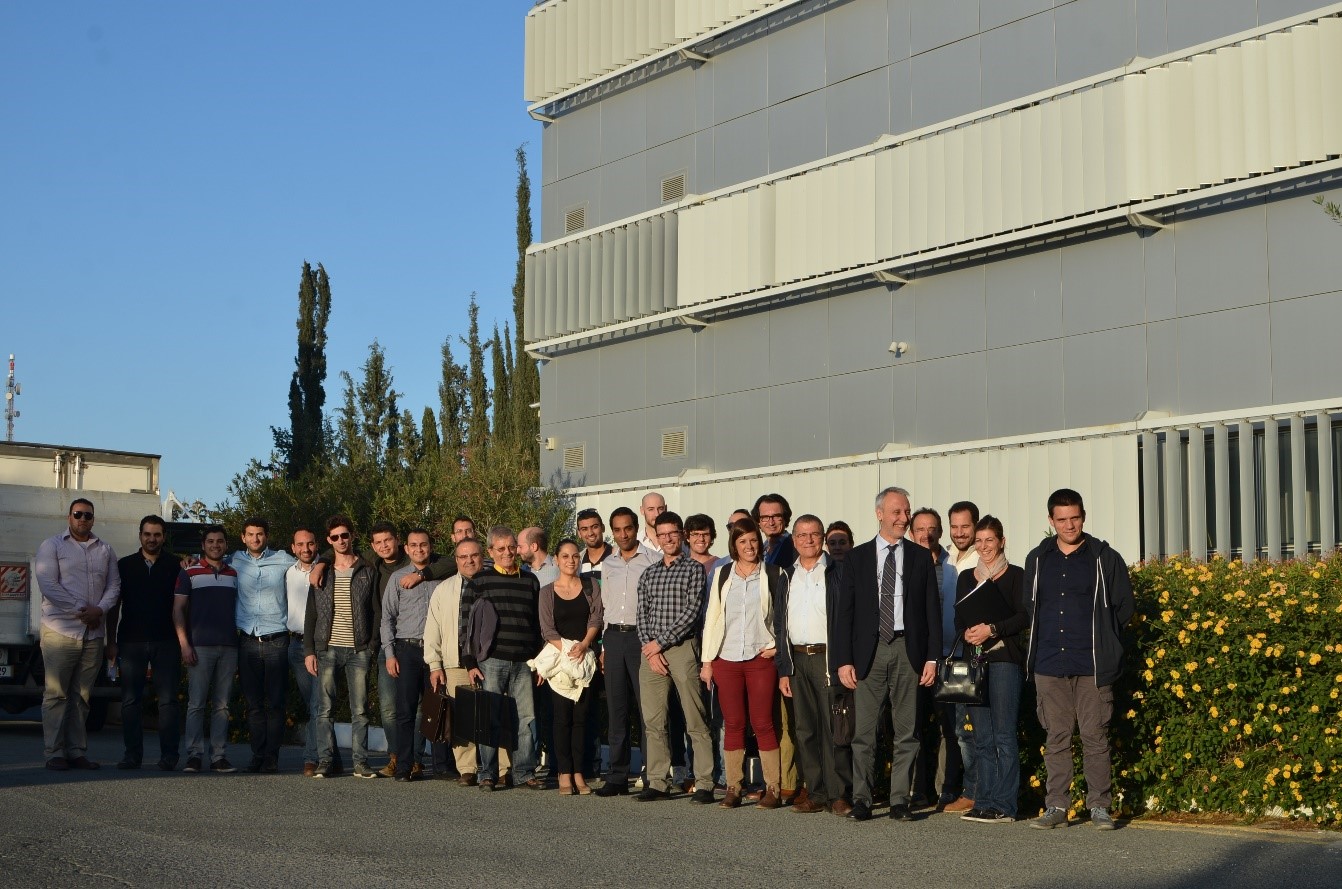 The CySTEM ERA Chair, Prof. Manuel Blanco, with representatives of the European Commission, colleagues from CIEMAT and ENEA, members of the Cyprus Institute´s Solar and Desalination Group and students, with occasion of the First NESTER School –one of the several EC funded projects in Solar Energy in which the Cyprus Institute participates.

Some of the new activities of the group also include the creation of models for the appraisal of impacts of energy on the economy as a whole, but also in specific sectors such as the jobs market, the creation of wealth and the shifting landscape of a technologically driven economy by means of equilibrium models and impact studies. The EEWRC is pursuing these goals in sync, as the energy, water and atmospheric sciences will all be housed together under the same modelling framework.

The ERA Chair holder, Prof. Manuel J. Blanco, which is currently also the Chair of SolarPACES, the International Energy Agency’s Technology Collaboration Program for CST-related technologies leads this effort.
Prof. Blanco is a leading researcher in the CST field, with more than 30 years of research and management experience. Until August 2016, he was the Science Leader of the Solar Energy Systems Research Group of CSIRO -Australia’s National Research Agency; and Director of the Australian Solar Thermal Research Initiative (ASTRI) -an 8-year and $87m research program to increase the cost competitiveness of CST technologies, which involves CSIRO, six Australian universities, and several US National Laboratories and universities. He is former Director of the Solar Thermal Energy Department of the National Renewable Energy Centre of Spain (CENER); and Director of CIEMAT´s Plataforma Solar de Almería, the largest European solar research infrastructure. 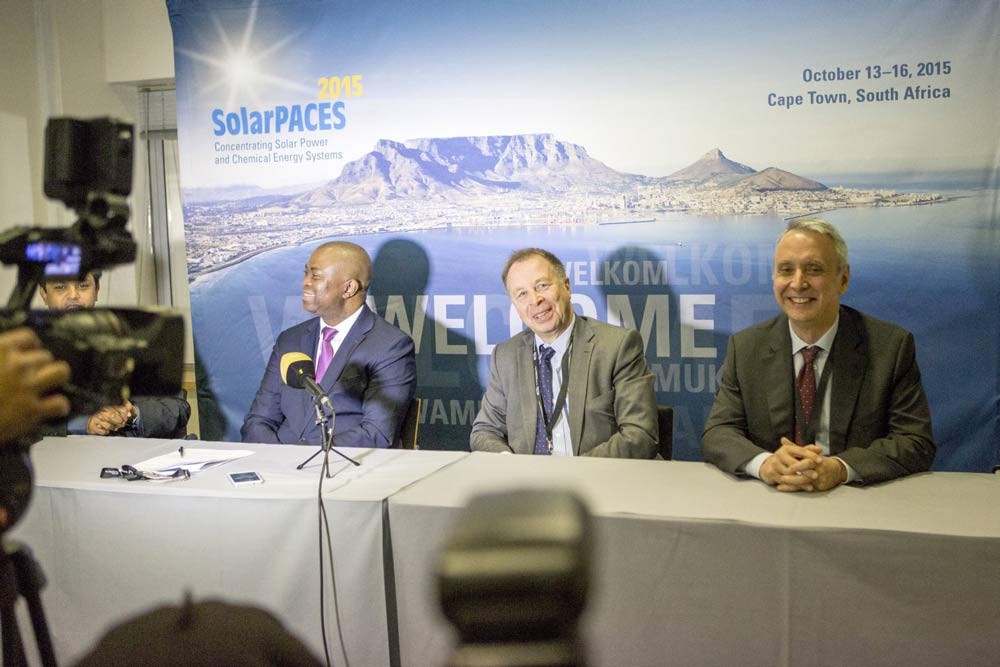 The CySTEM ERA Chair, Prof. Manuel Blanco, with representatives of the International Energy Agency (IEA) and the Government of South Africa in a press conference at the SolarPACES International Conference that took place in Cape Town, South Africa in 2015. Prof. Blanco has been chairing SolarPACES, which is the IEA’s Technology Collaboration Program for Concentrating Solar Power and Solar Chemistry Technologies, since 2011.

He is author of numerous scientific publications, and participates, in a senior capacity, in a large number of national and international expert groups and committees. Very recently he has being one of the editors and authors of the book: Advances in Concentrating Solar Thermal Research and Technology (Woodhead Publishing Series in Energy) 1st Edition.