CyI has developed and continues to develop, impressive by regional and in certain cases by international standards, facilities and laboratories needed to pursue research in the field of STE that is internationally competitive. These include the unique PROTEAS Facility for solar energy and desalination, the Solar concentration for air-conditioning in an urban environment system, a thermal desalination lab and the Thermal Energy Storage Lab (TESLA). 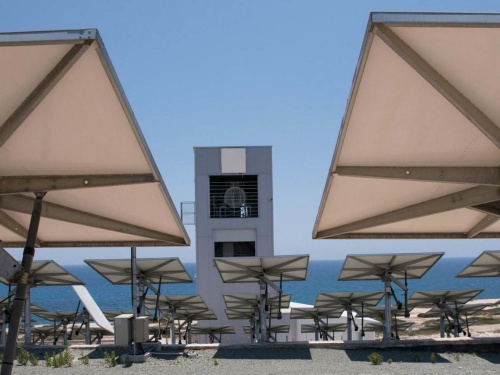 The PROTEAS Facility is located just outside the city of Limassol and is one of the most complete research and development facilities in Cyprus devoted to concentrating solar thermal energy systems.

This versatile facility complements the research carried out at CyI’s Athalassa campus, providing a test‐bed for testing under realistic conditions experiments developed through The Cyprus Institute’s various research activities. Additionally, in the spirit of collaboration the facility is open to the international scientific community on a merit based priority scheme.

The objectives that inspire the research activity are:

The facility currently consists of a field of 50 heliostats with a total reflective area of 250 square meters, concentrating the sun’s light more than 800 times on a point and delivering a peak power of 150 kilo-Watts of thermal energy. The field layout efficiently utilizes the hilly terrain with a high-density placement of heliostats. The heliostats are designed by CSIRO, Australia and built in collaboration with CyI. A 15 meter tall tower with multiple experimental stations is available for the central receiver placement. Continuous monitoring of environmental conditions is available through a fully automated weather station.

The true strength of the PROTEAS Facility is the versatility it provides for the researchers and experiments hosted there. Our ambition is to transform the facility into a regional and global test-bed for scientists in the field of solar thermal energy. 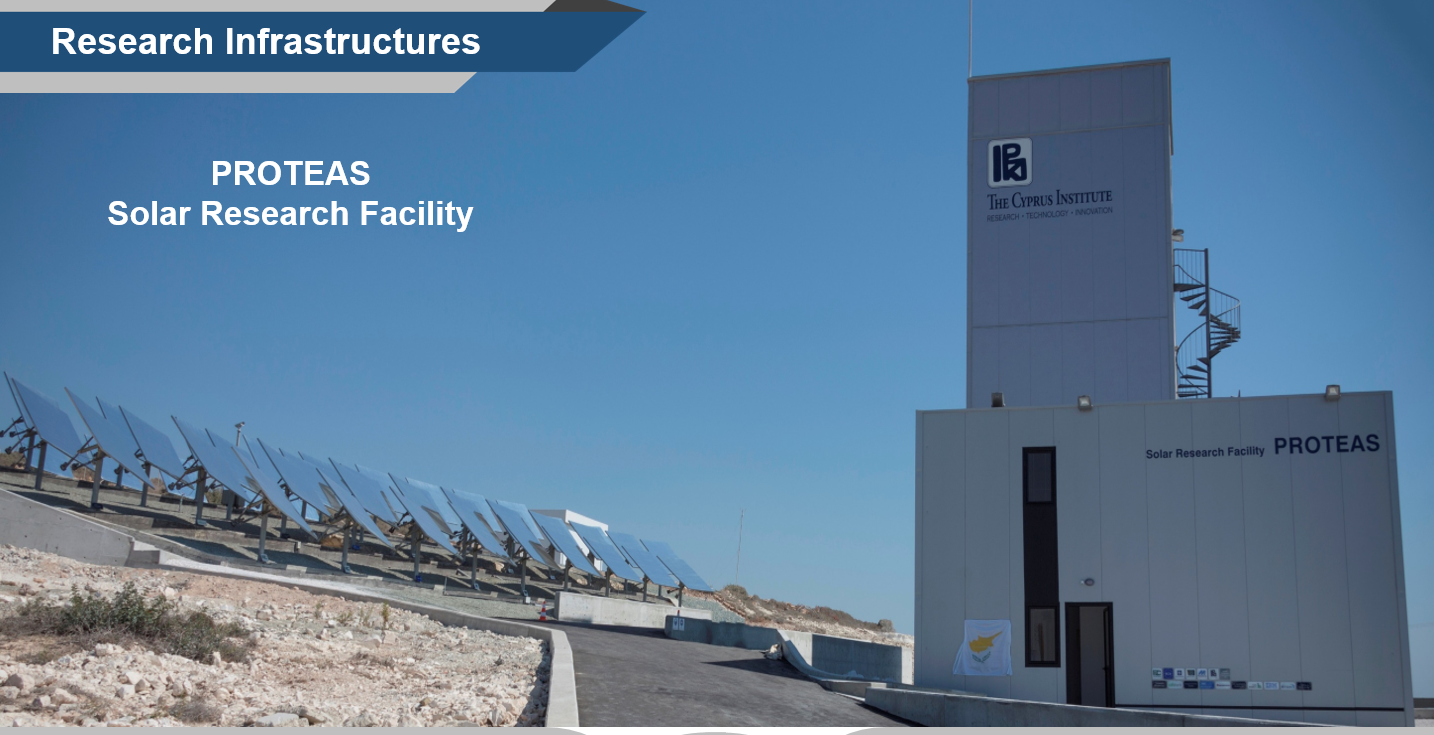 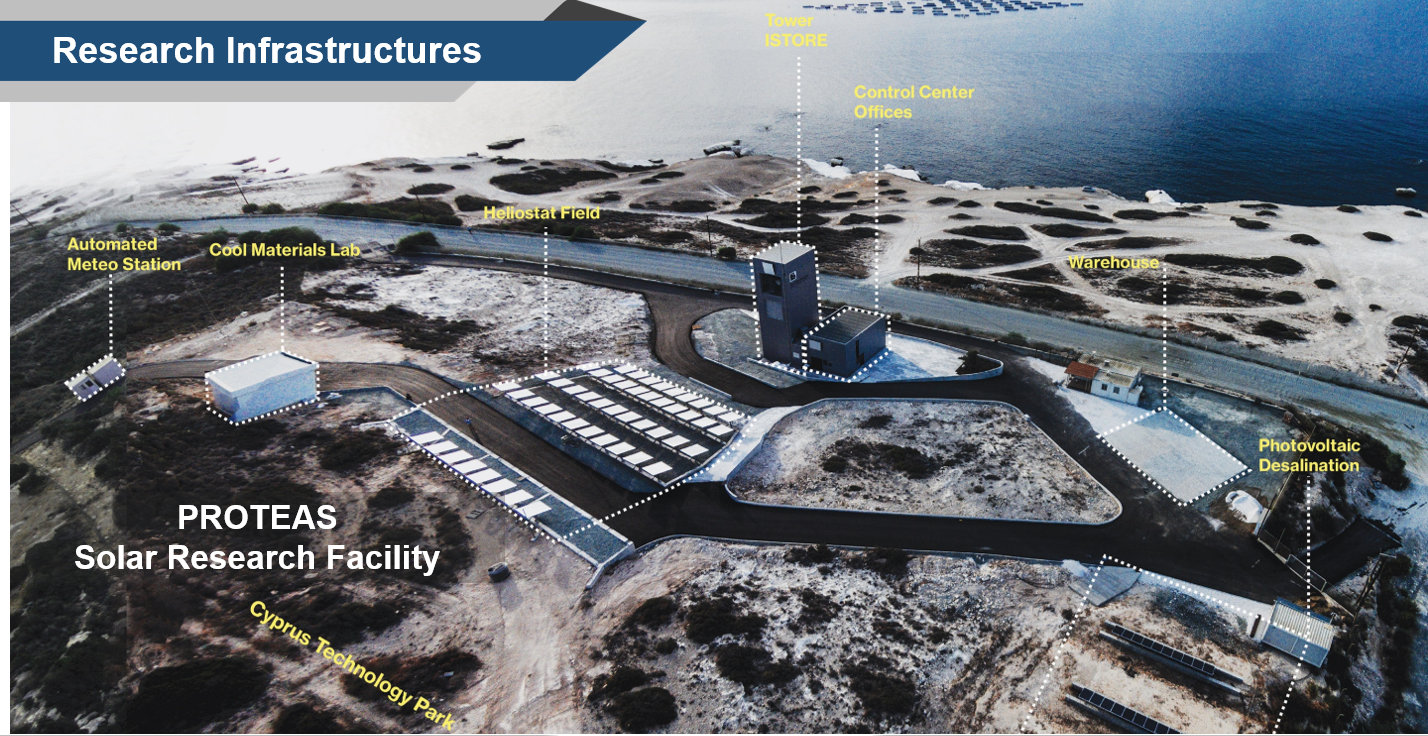 Solar concentration for air-conditioning in urban environment in Cyprus

Like in several countries in the Middle-East, South Europe or North-Africa, the needs for air-conditioning in Cyprus in the summer are huge while the solar resource is abundant (>1950 kWh/m2 per year). Concentrated Solar Power (CSP) converts Direct Normal Irradiance (DNI) to heat. This energy can be use then for cooling in the summer (the highest demand) and heating in the winter.

Usually CSP facilities produce several MW and are large in size; they are therefore preferably installed in non-occupied lands like deserts or abandoned fields. Bringing small scale CSP in urban environment like in Nicosia, Cyprus, is a challenge that the Cyprus Institute (CyI) undertook under STS-MED project. This was performed with the installation of a Fresnel collector on the roof of a public building (KEPA School, Figure 1) which is 360 m2 large. This installation is relatively light (2) and can thus be easily integrated on flat roofs as they can produce only some dozens of thermal kW at medium temperature (150°C to 200°C), covering or at least supporting the needs of a public building. The 70 kW nominal thermal power facility at CyI produces heat to cool the Novel Technologies Laboratory (NTL) in summer and to directly heat it up in winter. KEPA School and NTL are separated by a road and heat is transferred from the first to the second using hot pressurized water (150°C).

Figure 1. Fresnel collector on the KEPA School (View from roof of NTL) 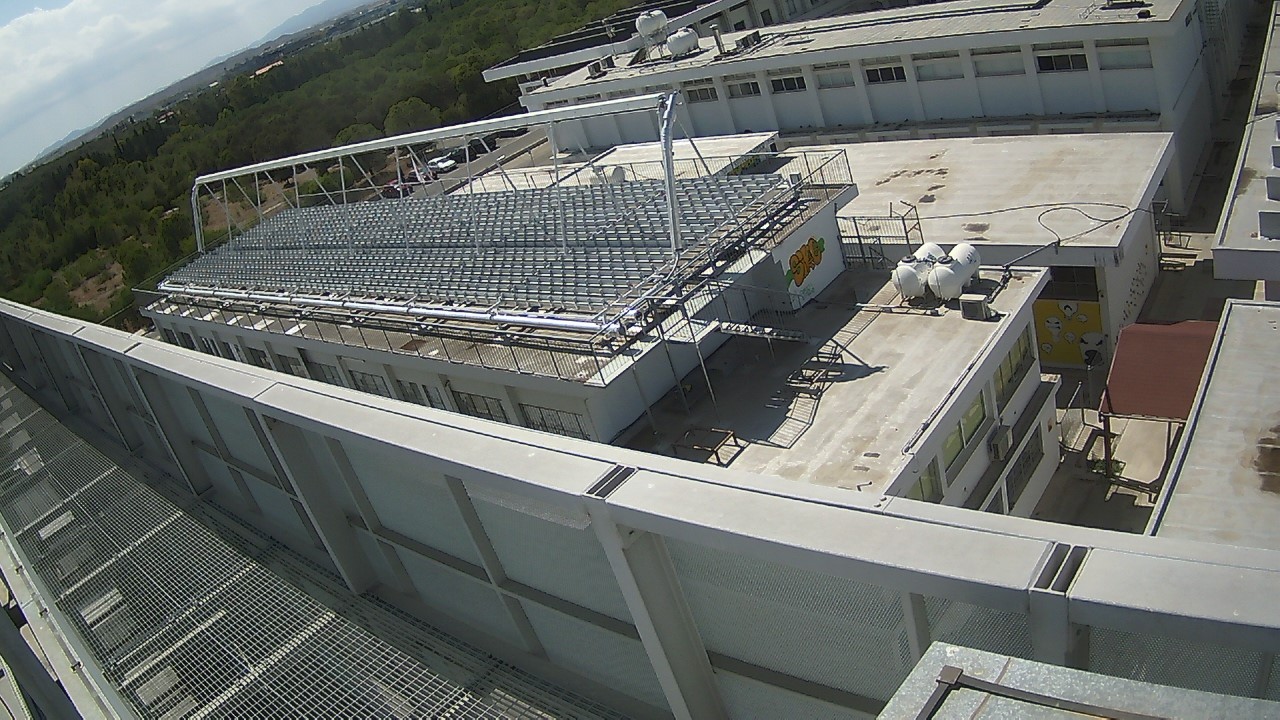 Characteristics of the Fresnel collector at the CyI are:

The objective of such a facility is to reduce the global energy consumption of the NTL, which is a near to zero energy building. This building was design before STS-MED and the purpose of the Fresnel collector is to reduce even more its energy consumption. An absorption chiller, which converts heat to cooling, was integrated to the HVAC system previously implemented (Figure 2) on the NTL, relying on mechanical chillers and heat-pump, which consume high electric power.

Figure 2. Schematics of the integration of solar air-conditioning on NTL 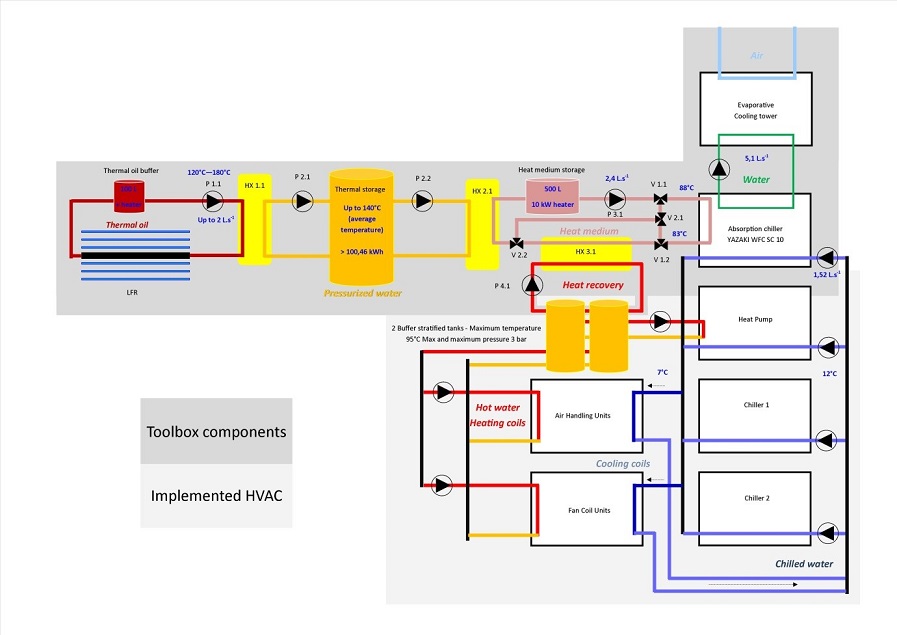 Characteristics of integrated solar cooling are:

A thermal storage of pressurized water (5 bar 140°C) permits to ensure continuity of cooling up to 2 hours. 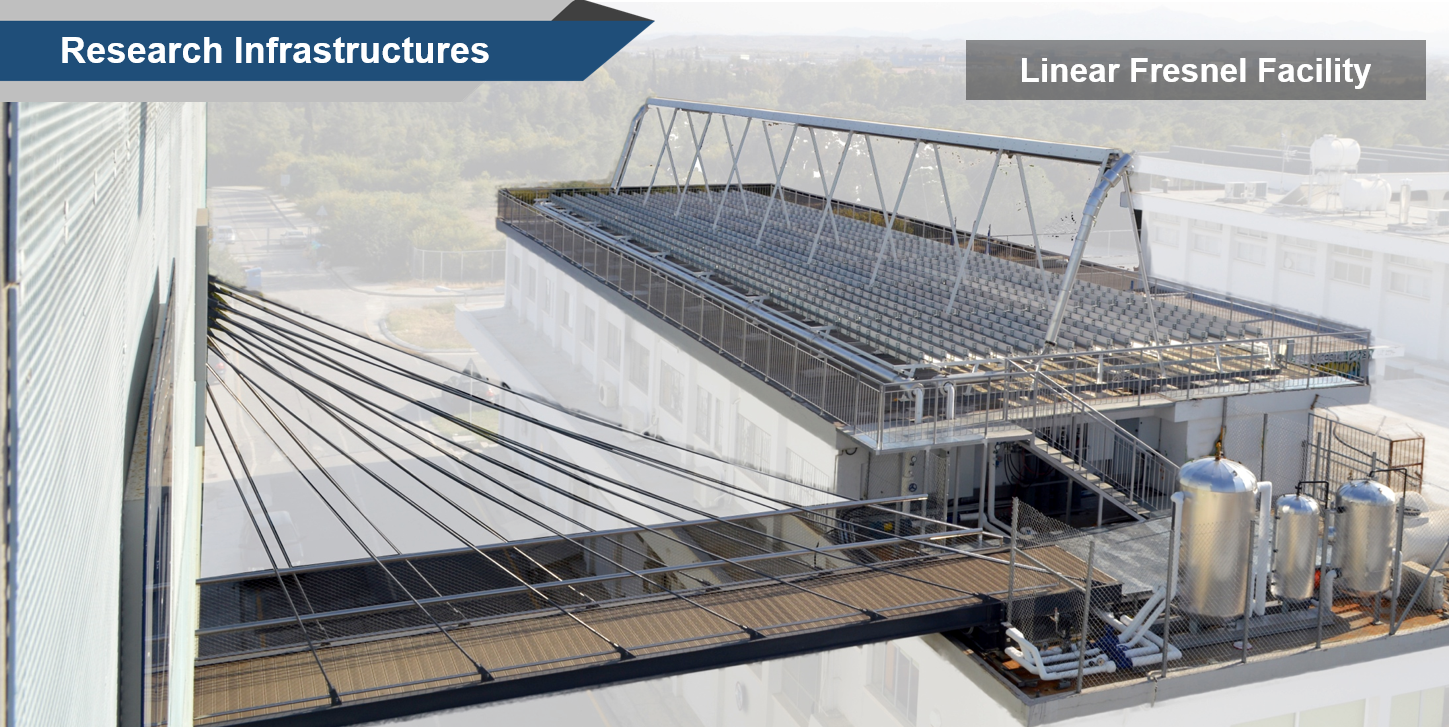