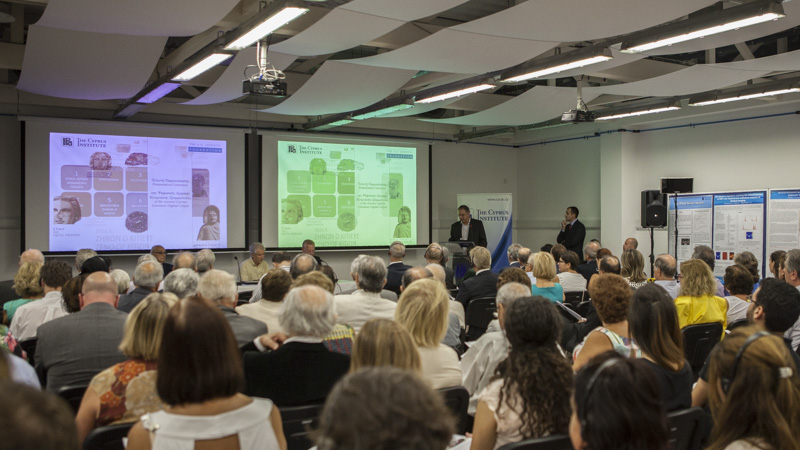 The Cyprus Institute presented during an official ceremony the innovative project "Ancient Cypriot Literature Digital Corpus" on Thursday, 18th September 2014. The event was held under the auspices of the President of the Republic of Cyprus, Mr.  Nikos Anastasiades and was attended and addressed by the Honorable Minister of Education and Culture Dr. Costas Kadis.

Ancient Cypriot Literature Digital Corpus is one of the most important projects of the Science and Technology in Archaeology Research Center of The Cyprus Institute and is carried out in the framework of the center’s activities on the documentation and preservation of the rich Cultural Heritage of Cyprus. The project is sponsored and supported by the A. G. Leventis Foundation.

The aim of the project is the creation of a new Digital Library which develops and evolves the impressive six volume corpus ‘Ancient Cypriot Literature’, which was coordinated by the late Patroklos Stavrou and published by the Leventis Foundation. Accessed globally, the Ancient Cypriot Literature Digital Corpus offers an innovative experience of ancient texts, from a total of 64 writers, covering a period of 13 centuries (7th century BC to 6th century AD). 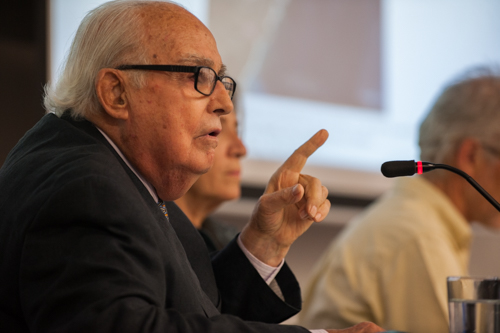 The innovation of the Ancient Cypriot Literature Digital Corpus lies in the ability to interact with the cultural material. Apart from the intelligent search of ancient words and concepts, Modern Greek translation, philological commentary, hyperlinking with electronic dictionaries and bibliography, it incorporates innovative digital technologies, applications and visual material that enrich the exploration of ancient texts and enhance our understanding of the Cypriot ancient civilization. Under the guidance of Professor Vassos Karageorghis, digital maps and images, chronologies and three-dimensional representations incorporate archaeological material and historical knowledge, providing different levels of 'reading'.

The Ancient Cypriot Literature Digital Corpus aspires to become a key tool for a wide range of both specialized users and for the general public worldwide, giving new life to the valuable material of the past. It is very useful for researchers and students of Classics, Archaeology, History and Philosophy. It will also be an attractive tool for teachers and students of Secondary Education, enriching and empowering the teaching methodology, since its application will provide a completely new, modern and pleasant experience for courses that are traditionally difficult. A pilot project was implemented in cooperation with students and teachers, and the results were very encouraging. The digital library will be open and freely accessible to all. 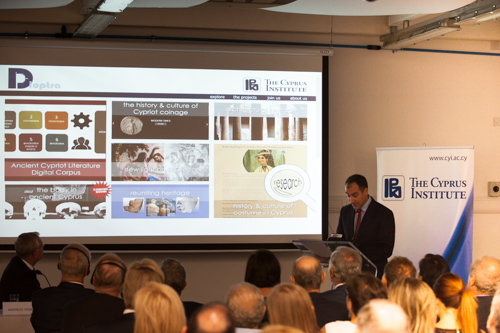 The Ancient Cypriot Literature Digital Corpus is only the first step in creating ‘Dioptra’, the Digital Library of Cypriot Cultural Heritage. Dioptra is gradually developed and is designed to record, research and disseminate the Cultural Heritage of Cyprus. Under the supervision of leading scientists, research groups develop and apply innovative technologies to study and preserve our rich culture.

During the official presentation of the Digital Ancient Cypriot Literature Digital Corpus, the Minister of Education and Culture congratulated the work carried out, which he said contributes significantly to the study of our history and culture. The Minister also praised The Cyprus Institute’s systematic effort to record and promote our Cultural Heritage through advanced technologies and applications. The Ministry of Education and Culture, stressed, always supports such efforts and promotes their utilization for educational purposes.

The President of the Institute’s Board of Trustees, Prof. Edouard Brézin and the Chairman of the Executive Committee, Dr. Andreas Pittas, stressed that the Ancient Cypriot Literature Digital Corpus is an innovative initiative that captures and preserves valuable aspects of Cyprus’ Cultural Heritage.

The Ceremony was attended by Members of the Parliament and political party representatives, Ambassadors and representatives of foreign diplomatic missions, government officials, Members of CyI’s Board of Trustees and by many distinguished personalities from the academia and the business world.