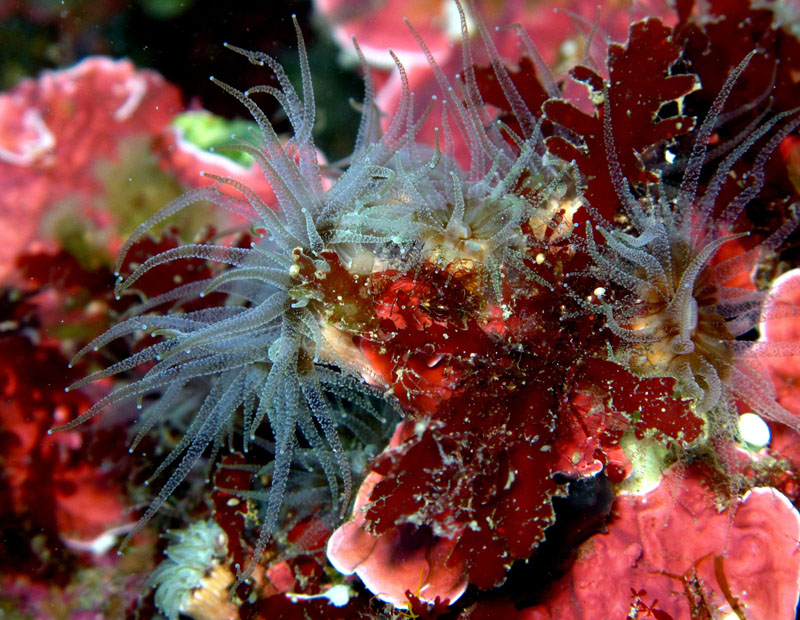 The Cyprus Institute in collaboration with NGO Enalia Physis Environmental Research Centre (EPERC) is carrying out fascinating coral research in the seas of Cyprus. From the sunny to the dark, from the warm to the cold, from the shallow to the deep, every ocean and every sea hosts an incredible animal, Corals. Corals are simple sedentary animals capable of creating formidable structures. Home to a variety of organisms, these living treasures are found all around the coasts of Cyprus. Why have you never seen them while swimming? Cyprus is host to corals, where solitary individuals (polyps) look like sea-anemones and colonial forms build small and inconspicuous colonies which tend to blend with the sea floor, making them easy to miss! In the deeper and colder waters off the coast of Cyprus, corals can be several meters long and form tall spectacular colony structures.

Corals just like all animals need to feed. They have tentacles to catch their prey by either stinging or sticking to their food. Most coral species also have a symbiotic relationship with microalgae that live in their tissue producing food; and also give characteristic colours to the otherwise white coral skeleton. Under stressful conditions, corals release the symbiotic microalgae from their tissues turning white (bleaching). Recovery from bleaching is possible but only if conditions improve, if not then most corals will eventually die. (We have opened a public call for help in gathering information on the current coral bleaching and mortality events in Cyprus; download here the pdf for further information). 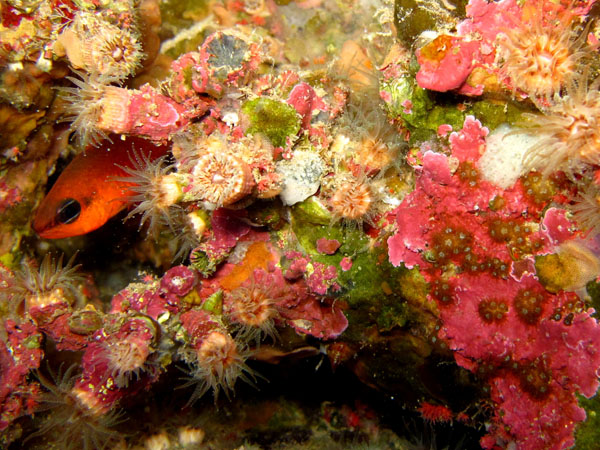 Some corals form a hard skeleton by producing calcium carbonate, while other corals are flexible and even soft. When corals built upon each other they form coral reefs, when they built structures with the help of other organisms then they form coralligenous communities. Cyprus’ coralligenous communities go thousands of years back, according to fossil records, giving us a glimpse of the coastal environment of ancient Cyprus.

The study of the corals of Cyprus is a very recent research initiative, where the diversity, abundance and distribution are documented by SCUBA diving long sections of the coastal sea bottom.

The different species of corals are recorded and photographed to build a reference data base for current and future studies. The study of the biology and ecology of shallow corals in Cyprus is expected to expand soon to the corals in very deep waters.

The ultimate goal of coral research is the protection of such unique organisms through the understanding of their ecological role and the factors that threaten them.