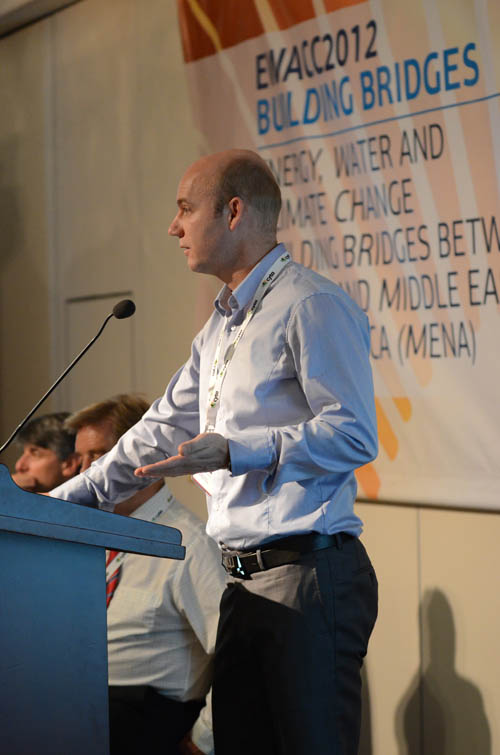 During the last three days (December 10-12, 2012), 140 participants from 25 different countries from Europe and the Middle East/North Africa (MENA)  attended the  Energy, Water and Climate Change - Building Bridges conference (EWACC2012-BB) in Nicosia, Cyprus. Participants included eminent scientists, policy- and decision makers from the private sector came together to discuss a broad spectrum of topics ranging from climate change and its impact, water- and food security, energy technology, particularly renewable energies and collaboration between Europe and the MENA countries in science, technology, education and training in the context of an evolving common EU-MENA knowledge area.

The MENA region with a combined population of approximately 500 million inhabitants is characterized by strong environmental gradients, climate extremes and diverse economic, social and cultural identities. From a global perspective, the region is a climate change “hot spot”. Adverse impacts of climate change throughout the 21st century are expected, and major challenges in energy and food security, threats to environmental integrity, as well as decreasing availability of fresh water are anticipated.

Cyprus, at the cross roads between Europe, the Middle East and North Africa can play a major role in stimulating and advancing the dialog between European countries and the MENA region on the issues outlined above. This has already been pursued during the first International Conference on Energy, Water & Climate Change in the Mediterranean & the Middle East (EWACC2010), which took place in Nicosia on 11‐15 January 2010. Joining forces with the German research center DESY (Deutsches Elektronen-Synchrotron), who recently organized the Symposium Solar Energy for Science - Building Bridges, significantly enhances the potential to initiate true European-MENA partnerships on science and technology. The EWACC2012-BB conference took place under the auspices of Cyprus' EU Presidency, which underlined Cyprus' role in facilitating such partnerships. 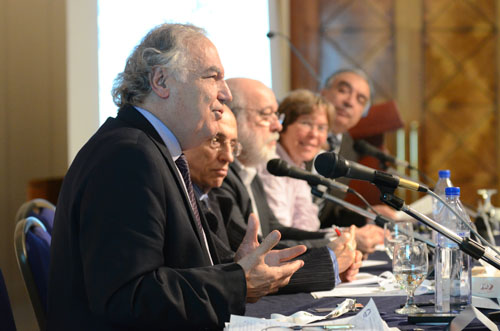 Main conclusions of the EWACC2012-BB conference have been summarized in the Cyprus Declaration 2012. The Declaration outlines and promotes enhanced science and technology collaboration between the European Union and the countries in the Eastern Mediterranean that addresses regional aspects of the grand challenges mentioned above.

The EWACC2012-Building Bridges conference was preceded by a dedicated workshop for young scientists that involved the next generation of professionals and educators, particularly from MENA countries. The “Young Scholars Forum” comprised topical lectures by distinguished academicians on advanced topics including energy, water and climate change. The Forum brought together 32 young researchers from the MENA region and Europe in engaged lively discussions on global challenges and major scientific and technological challenges faced by the MENA region. Individual presentations by each of the participants on a wide spectrum of topics led to intense scientific exchanges and paved the way to future cooperation between the participants. The views of the participants of the Young Scholars Forum have been discussed during the final panel discussion of EWACC2012-BB and have been documented in the Cyprus Declaration 2012.

More pictures from the event can be found below: