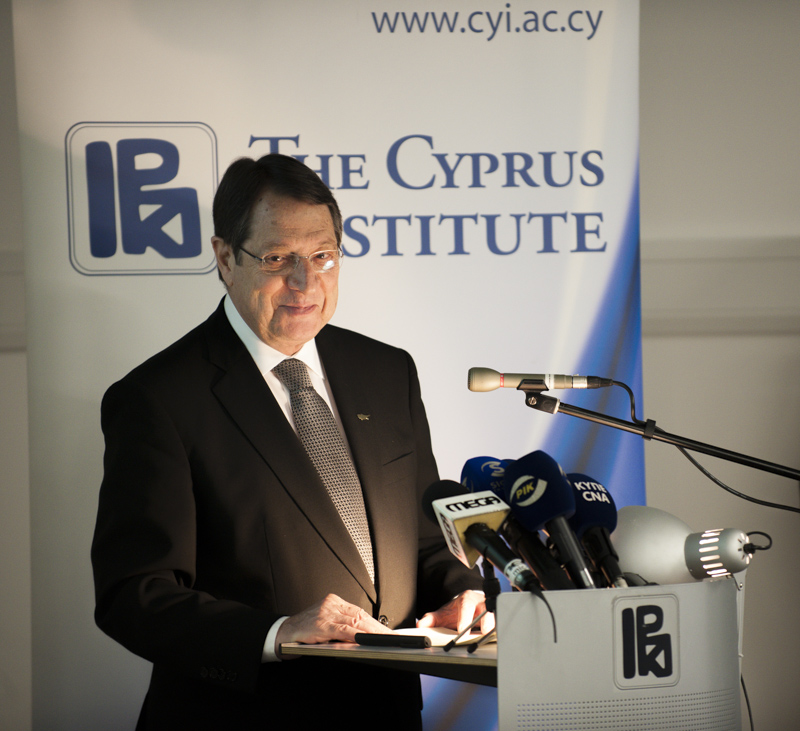 The new building is designed as a "green building" using specific standards that will allow it to be a zero energy building in the near future. The building uses advanced energy saving measures and smart energy management. The Laboratory already hosts teams from the Energy, Environment and Water Research Center and is equipped with latest technology equipment for scientific research areas such as atmospheric chemistry, environmental monitoring, solar thermal energy and desalination.

The President in his address (in En.) stated that the ‘Novel Technologies Laboratory’ will greatly contribute to the realization of the Institute’s vision and objectives and also to the transformation of Cyprus’ economy to a knowledge-based economy. He stressed that The Cyprus Institute in its few years of operation has accomplished through its research activities and its strategic partnerships with internationally prominent institutions, to be distinguished internationally and to establish itself as a regional center of scientific excellence. President Anastasiades also announced that the Government is granting to The Cyprus Institute additional space, from currently non-used buildings of the Former Higher Technical Institute – of the Ministry of Labour, infrastructures that will allow CyI to expand its research activities. 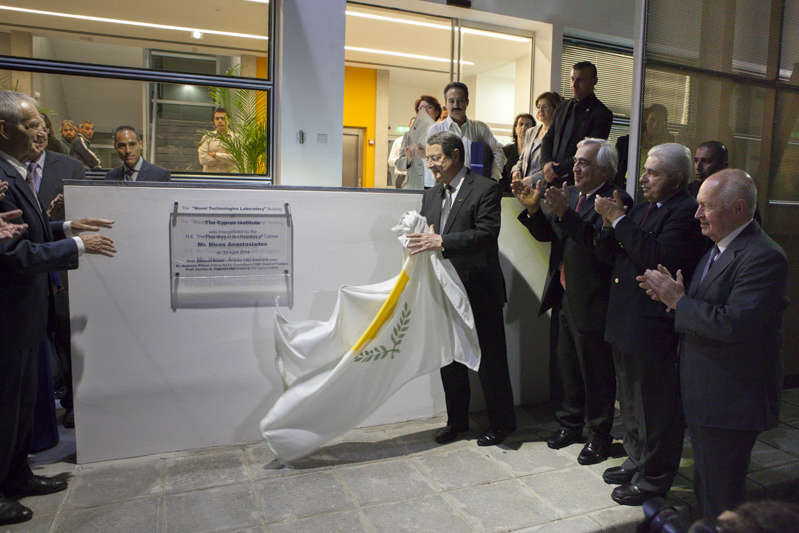 The President of CyI’s Board of Trustees, Prof. Edouard Brezin said that the research conducted at the Institute illustrates how much it has succeeded to fulfil its mission in its short lifetime. He also stressed the important role of research and innovation in promoting peace and prosperity in the region and the role the Institute can play towards this direction.

Dr. Andreas Pittas, the President of the Executive Committee of the Institute, in his address stressed that the country's future will depend on research and innovation for the creation of a new knowledge economy. The Cyprus Institute, he said, has concentrated its efforts on a number of scientific domains critical for Cyprus and the region. CyI President, Prof. Costas N. Papanicolas, whilst addressing the ceremony, expressed his gratitude to the President and the Government for their support. He stressed that CyI can be proud of its achievements, and the new building that is inaugurated is yet another example that institute is fulfilling its mission.

During the ceremony the Honorary Trustees of The Cyprus Institute were awarded for the their contribution to the establishment and the development of CyI and who, as President Anastasiades stated, have selflessly offered to the Institute and the country.

Prof. Ernest J. Moniz, U.S Secretary of Energy and Honorary Trustee of the Institute, one of the founding members who helped to set up and conceptualize CyI, dispatched a message. In his message he said he is pleased to see that the vision of creating a research and educational institution that would be novel in its organization, a contributor to an innovation economy, and dedicated to excellent science is being realized through the support of successive Cypriot governments.

Prof. Costas Stefanis, Director of the University Mental Health Research Institute and CyI Honorary Trustee, also sent a message expressing his gratitute for the commemorative award he received and stressed that he was thrilled right from the beginning by the idea of establishing an Institute that would enable Cyprus to become a center of research and science in the Eastern Mediterranean region.

The Ceremony was attended by the former Presidents of the Republic Dr. George Vassiliou and Mr. Demetris Christofias, the Minister of Education, Prof. Costas Kadis, Ambassadors and representatives of foreign diplomatic missions, Members of the Parliament and political party representatives, government officials, Members of CyI’s Board of Trustees and by many distinguished personalities from the academia and the business world.

Financial Mirror: Cyprus economic recovery must be based on technology and innovation

CNA: Economic recovery must be based on technology and innovation

Sigmalive: Restarting the economy via Research