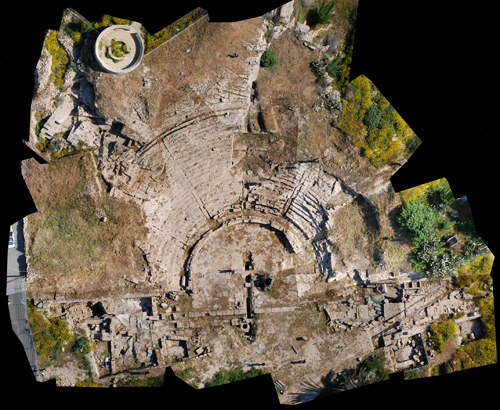 The close cooperation between Τhe Cyprus Institute (CyI) and the University of Illinois was recently highlighted in an extensive article in the NCSA News.

The article focused on the development of the first national computational infrastructure in Cyprus, CyI’s Cy-Tera supercomputer, available to all scientists in the country.

The Cy-Tera infrastructure will be used by researchers throughout the Eastern Mediterranean in the areas of climate studies research, engineering, physics and other relevant scientific fields, and will serve the needs of CyI and its partners, including the University of Cyprus and Jordan’s SESAME (Synchrotron-light for Experimental Science and Applications in the Middle East) Research center. The National Center for Supercomputing Applications (NCSA) at the University of Illinois assists with the management of the Cy-Tera infrastructure which includes security, networking, storage, user support and technical training.

The article focuses also on CyI’s and NCSA’s participation to the European Project LinkSCEEM. One of the project’s main objectives concerns the study and preservation of Cultural Heritage. Wayne Pitard, director of the University of Illinois’ Spurlock Museum who is leading a program aiming to improve the imaging of ancient artifacts using state-of-the-art technologies, stated on NCSA News “In terms of cultural heritage, Cyprus is a natural conduit to move information from the Middle East into Europe and into the United States," he added that other countries in the region such as Egypt, Jordan and Israel also participate in the LinkSCEEM program.

“There are millions of artifacts in the Eastern Mediterranean for which this is the best way to document them,” Pitard said. “You can look at these [images] from anywhere in the world, and that's just an amazing thing”. 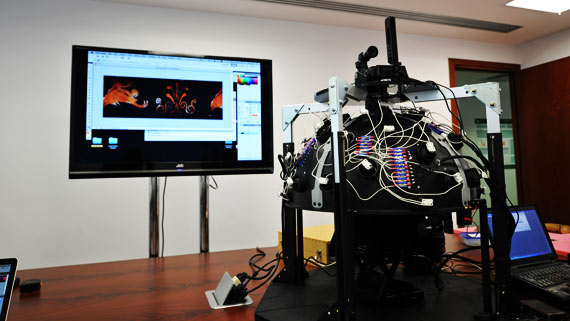 The article also presented the innovative Reflectance Transformation Imaging (RTI) Technology, recently acquired by The Cyprus Institute, which enables the capturing of detailed surface properties from high-resolution images. It allows researchers to study artifacts in great detail without being restricted by fixed lighting angles. The result ensures that high-quality digital versions of these materials can be consulted by scholars worldwide. RTI is a product of the close collaboration between CyI, the University of Illinois and the University of Southern California in the framework of the European Program LinkSCEEM. The acquisition of this new sophisticated imaging equipment is of particular importance for the study and protection of Cyprus’ Cultural Heritage. The Cyprus Institute is one of only five institutions worldwide with this technology, and Cyprus is the only country in the wider Mediterranean area, central and Eastern Europe and the Middle East. Researchers at CyI were trained by American colleagues in specialized use of RTI applications. The high-resolution digital photos will be stored in CyI’s new supercomputer, Cy-Tera. This will enhance Cyprus’ presence in the European Digital Library EUROPEANA and will also enable users from around the world to see detailed digital images of ancient artifacts from Cyprus.

A team of researchers from CyI’s Science and Technology in Archaeology Research Center (STARC) in collaboration with scientists from the University of Illinois reconstructed digitally the ancient Hellenistic-Roman theatre in Paphos, which was built in 300 BC and collapsed after an earthquake in the 4th century AD. While the building has been destroyed, visitors from all over the world can visit the ancient theater online and focus on specific areas such as the stage, the orchestra and the auditorium area.

The two institutions also promote researchers and students exchange programs in the areas of climate and environmental modeling, fluid dynamics, 3D visualization of cultural heritage and other areas of common interest. The Cyprus Institute offers scholarships to graduate students and postdoctoral scientists enabling them to move from one institution to another and participate in joint research programs.

The University of Illinois is CyI’s strategic partner. The two institutions have signed a research collaboration agreement through which they have developed close and effective cooperation including joint training and research programs and providing training and advice to CyI's scientists, particularly in the area of High Performance Computing.