During the months of June and July 2021, a team of The Cyprus Institute, composed by researchers from the Science and Technology in Archaeology and Culture Research Center (STARC) and the Climate and Atmosphere Research Center (CARE-C), and with the support of the United Nations Peacekeeping Force in Cyprus (UNFICYP), completed the full digitization of the former Nicosia International Airport, today located in the buffer zone and inaccessible.

The Nicosia International Airport (IATA: NIC, ICAO: LCNC) was once the main airport of Cyprus, and is remembered with nostalgia by people all over the island, on both sides of the buffer zone. When the new terminal building opened in 1968, German-designed by Dorsch und Gehrmann and Cypriot-built, it was hailed for the stylish modernity of its design. It was elegant and uncluttered with shafts of sunlight streaming through large circular wells in the ceiling. With increasing numbers of holidaymakers flying in to Nicosia airport on Cyprus Airways and other carriers, plans were announced in June 1974 to expand the terminal and platform again. After the events of 1974, the airport ceased its operations, with its surroundings hosting UNFICYP’s headquarters, but the building itself is out of bounds.

The NIC Project (named after the airport’s IATA code) focuses on an interdisciplinary 3D modelling and visualization process developed to create interactive applications for virtual tours, since access to the airport terminal building is nowadays deemed unsafe due to years of abandonment and lack of maintenance.

During the initial phase of the project, a terrestrial laser scanning campaign coupled with a mobile mapping system, was concluded by the Andreas Pittas Art Characterization Laboratories (APAC Labs) of The Cyprus Institute to digitize the internal and external structures of the main terminal (Figure 1). Due to the environmental conditions special protective gear was used to comply with health and safety regulations concerning the identified on-site hazards (Figure 2).

For the digitization of the tarmac, the two intersecting runways and the building rooftops a special photogrammetric drone survey that allows for the creation of 3D models out of 2D images, was realized by the Unmanned Systems Research Laboratory (USRL) team of The Cyprus Institute under the direct supervision of the UNFICYP personnel (Figure 3). The aerial survey was performed using the novel fixed wing Unmanned Aerial System (UAS) developed by USRL optimized for aerial image acquisition of large areas.

At the same time, a panoramic imaging campaign was performed in all accessible areas of the main terminal (Figure 4), the control tower (Figure 5), hangar (Figure 6), and three planes sitting in the airport premises (Figure 7). These materials will be used to create a virtual tour, freely accessible through a dedicated webpage. All data collected will be processed by The Cyprus Institute Virtual Environments Lab, to create an immersive experience of visiting the inaccessible spaces of the terminal remotely.

But the aim of this project goes further than simply capturing the physical structure of the building, as it also aims to recapture the spirit of the airport terminal, which is an iconic building for both communities on the island. Therefore, The Cyprus Institute project team invites individuals who once worked in the airport to get in contact via email at: This email address is being protected from spambots. You need JavaScript enabled to view it., with the main aim of recording audio/video material to be included in the storytelling platform.

Watch an overview of the project here. 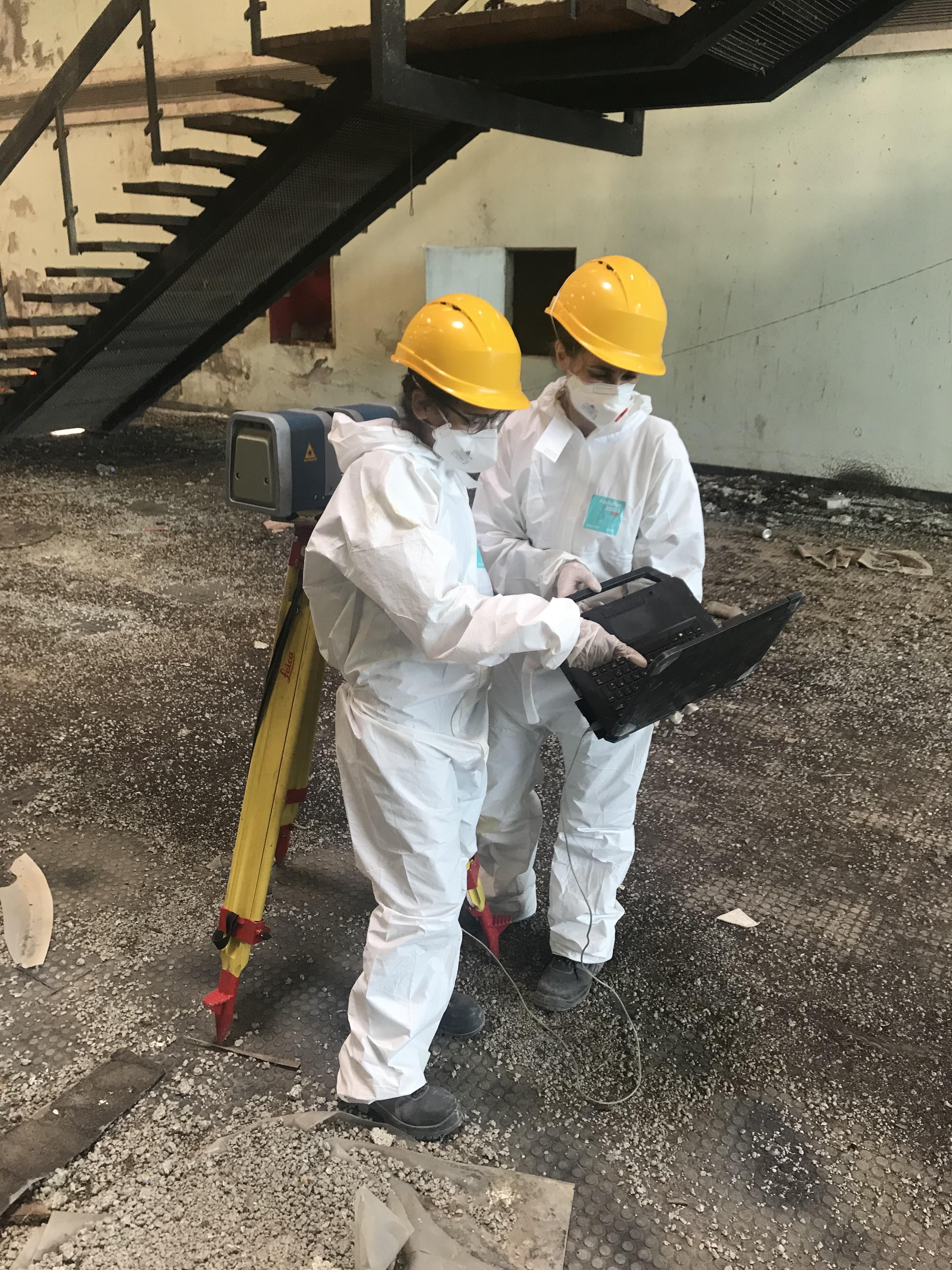 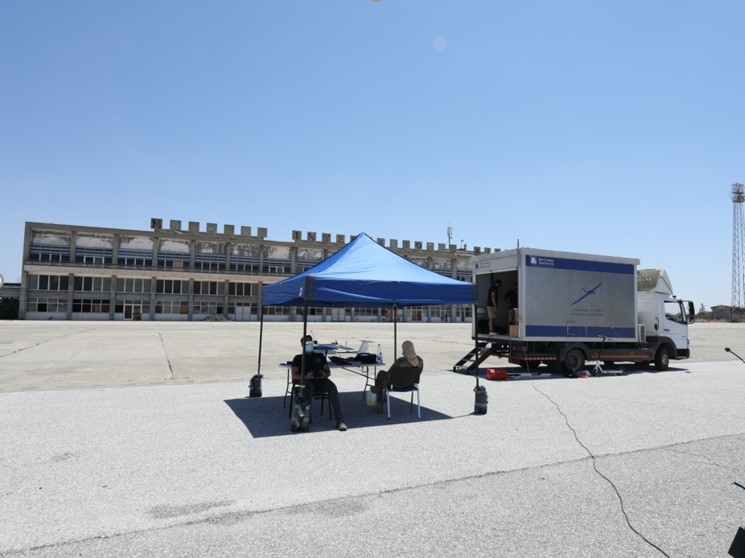 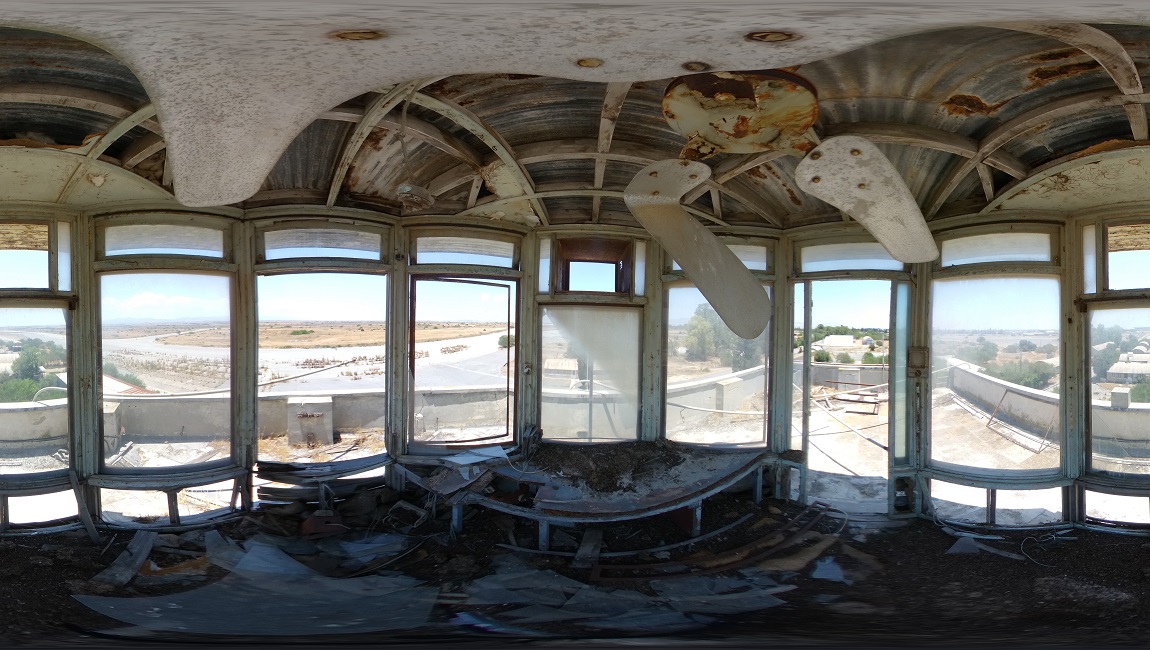 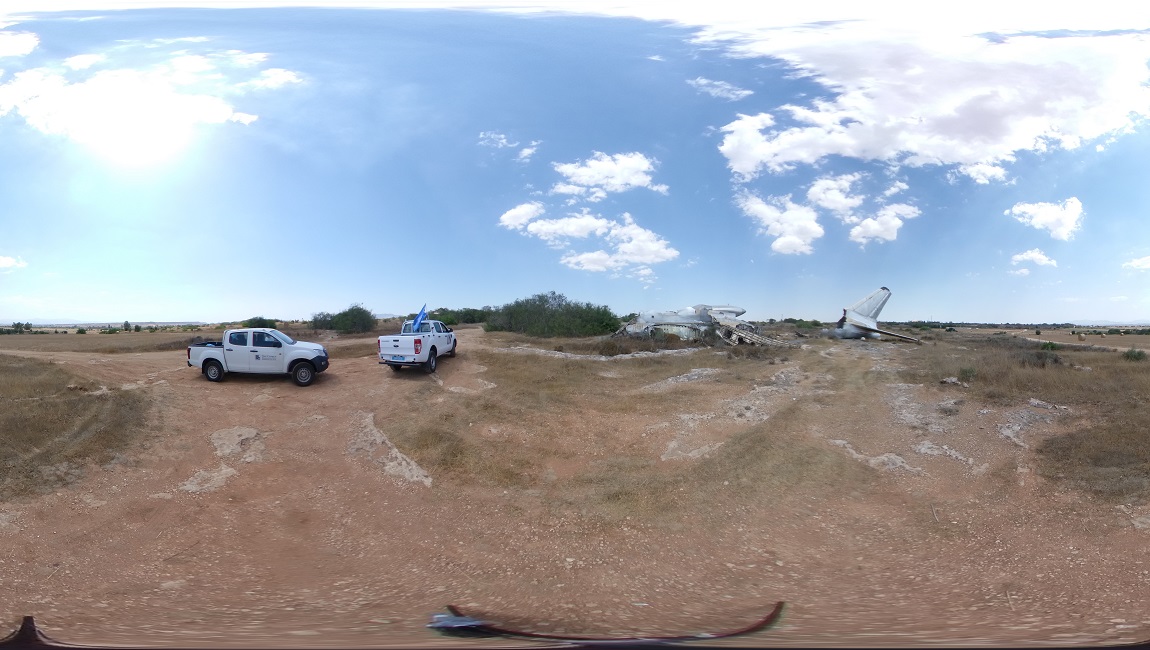