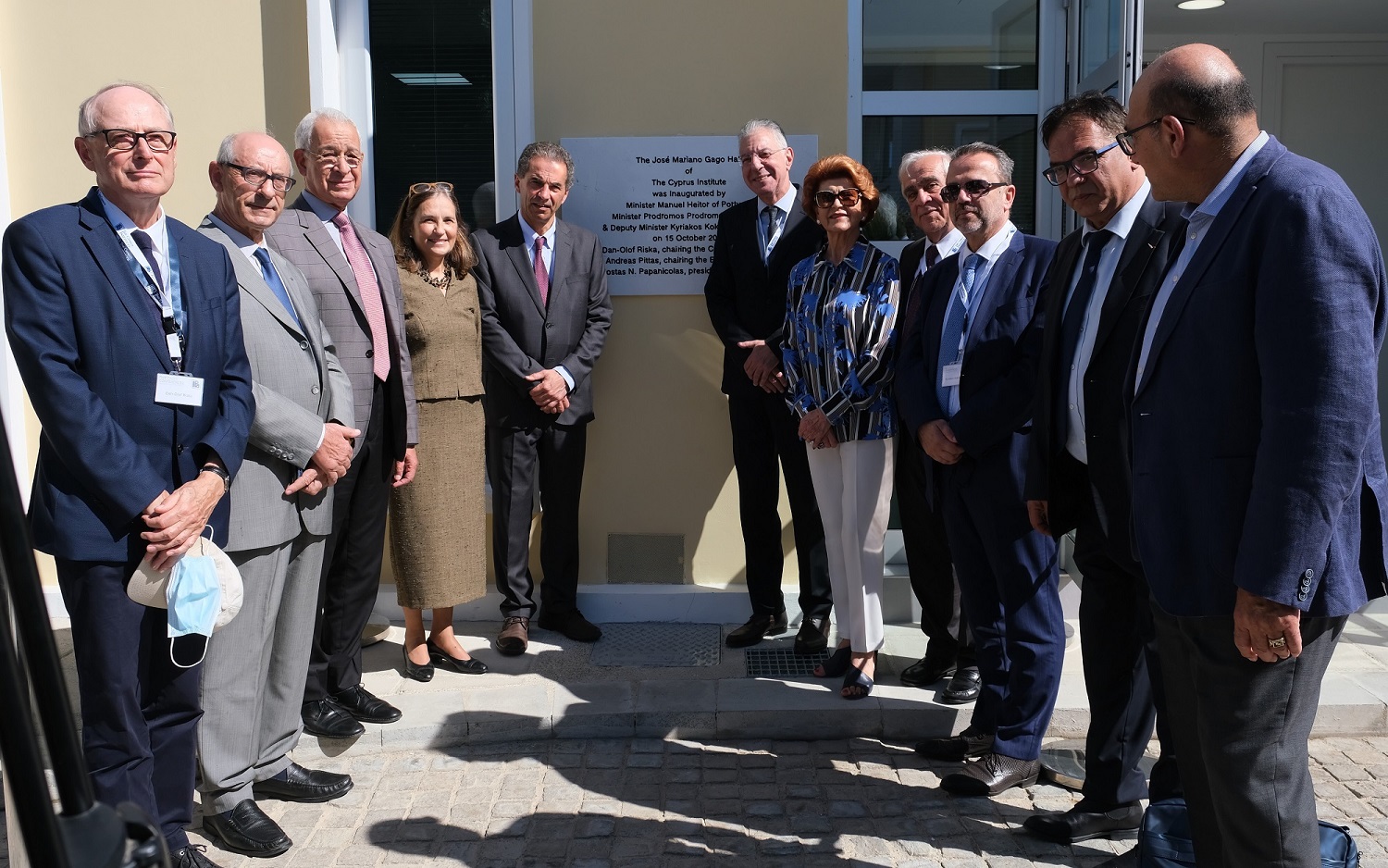 Professor José Mariano Gago (1948 – 2015), was a distinguished scholar of international reputation, who made significant contributions towards the establishment and development of The Cyprus Institute from very early in its planning phase. He was involved from the very beginning in the planning of the Institute and he participated in the Convocation of Scholars in 2002, which examined and endorsed the vision and plans for the launching of The Cyprus Institute. He participated in meetings concerning the Institute with Presidents Clerides and Papadopoulos. He was a steadfast supporter and promoter of CyI internationally and also served on the Board of the Cyprus Research and Educational Foundation (CREF).

Prof. Gago served as Minister of Science, Technology and Higher Education in Portugal between 1995 and 2002, and between 2005 and 2011. While Minister he set the foundations for the extraordinary development of Science and Technology in Portugal, and led the reform of the country’s Higher Education system. He was widely respected for his scientific work and contributions to Portugal and Europe.  During the Portuguese EU presidency (2000) he prepared, along with the European Commission, the Lisbon Strategy for the European Research Area and for the Information Society in Europe.

The conference was hybrid, held both at The Cyprus Institute’s premises in Athalassa and online, and organized by Ciência Viva Agency (the Portuguese National Agency for Scientific and Technological Culture), The Cyprus Institute and the Portuguese Ministry of Science, Technology and Higher Education. These conferences celebrate the legacy of José Mariano Gago on the appropriation of science by citizens.

During the Conference, the Cyprus Research and Educational Foundation (CREF) signed a Memorandum of Understanding (MoU) with the Ciência Viva Agency in the area of scientific culture, while The Cyprus Institute signed an MoU with the Institute for Systems and Computer Engineering, Technology and Science (INESC TEC), covering the areas of Power and Energy (with particular emphasis on Smart Grids), technologies for Forest and Fire Management, and Ocean Exploration.

In his opening remarks, Prof. Costas N. Papanicolas stated: “We celebrate all together this very important event in the memory and legacy of José Mariano Gago, which brings together our governments and CyI with prestigious Portuguese Institutions to close collaboration. This is the best living tribute to José Mariano Gago”.

In his address, Deputy Minister Kyriacos Kokkinos said: “It’s a pleasure and honour to be joining the 3rd Gago Conference, focusing the enormous challenge of the green transition. I truly believe that initiatives like this conference can contribute significantly to exploring new opportunities, not just for dialogue and exchange of views, but most importantly for tangible actions on the ground to effectively address the climate change and challenges facing our generation and the generation follows”.

In his remarks, Minister Manuel Heitor highlighted “We are facing increasing social and economic inequalities because we have not been able to address properly the public engagement of citizens in a knowledge-based society. There is a lot of resistance to change the way the scientific and academic community looks the world, and vice-versa. We need to contribute with ideas and proposals to make Europe better for our children”.

Finally, Minister Prodromos Prodromou noted: “Countries need to establish their national frameworks that will empower our young people, not just to engage in various sustainability issues, but strengthen them to be key actors on designing and implementing policies. This demands citizens and governments that will think out of the box. Education is the key driver for the transition towards the creation of the sustainable way of thinking and living. We need to transform our education systems into learning communities, where citizens think critically, and consider sustainability issues in a systematic way, so that they will be able to decide and be proactive”.

The Gago Conferences on European Science Policy provide an international forum to strengthen the debate on emerging issues of research and innovation policy in Europe, as well as to promote the necessary involvement of major stakeholders in policy making and the diffusion of knowledge in science education and culture. The primary objective of these conferences is to bring together leading representatives from academic, business, social, culture and government sectors worldwide to present and discuss current and future issues of critical importance for European science and technology, including their impact to foster social and economic development and shared prosperity both at home and abroad. The Conferences seek also to strengthen international scientific and technological cooperation networking in Europe towards a positive impact on a global scale.

The subject of 2021’s edition was the challenges of the Green Transition. Greening Europe is the next challenge for science and science policy, as the transition to new, cleaner energy, transportation and industrial processes will lead to unprecedented changes in all sectors of society. Making citizens an integral part of the science and technology systems will be crucial to achieve this transition within the European societal values.

Watch the recorded event here or the highlights here.

More details on the 3rd Gago Conference can be found here.

More pictures from the event can be downloaded here.