The Good Environmental Status (GES) of the seas is defined by the European Union as “The environmental status of marine waters where these provide ecologically diverse and dynamic oceans and seas which are clean, healthy and productive” (Article 3, EU Marine Strategy Framework Directive (MSFD); http://ec.europa.eu/environment/marine). In order to achieve a balance between sustainable development and conservation in European seas, monitoring of the health and diversity of the marine ecosystem is vital. The European project PERSEUS (Policy-oriented marine Environmental Research for the Southern European Seas; www.perseus-net.eu) was designed to contribute to a network of monitoring systems for European Seas, in view of the MSFD goal for Clean Seas by year 2020 (Article 56, MSFD).

The Cyprus Institute’s (CyI) Marine Science Group (MSG), as a member of the PERSEUS project, joins a global network of plankton surveys that use the Continuous Plankton Recorder (CPR) The initiative launches the Mediterranean CPR survey (MedCPR). The CPR device, invented in the 1920’s, is used to sample plankton, miniature marine organisms that compose the bottom of the aquatic food chain. Plankton monitoring gives information on the productivity and health of the ocean and can be used as an indicator of climate change and pollution.

The CPR is operated by ships of opportunity that tow it on commercial routes. For the tows performed by the MSG, the tanker PETROLINA OCEAN, owned by the Lefkaritis Bros Group and managed through Columbia Shipmanagment, has volunteered to run the CPR tows. The CPR was put in water for the first time in the Eastern Mediterranean on October 21st, 2014, collecting biota on a long stretch of filtering silk and oceanographic data through a sensor fastened on the CPR.

This first tow is the product of two years of preparations. The endeavour commenced in 2012 with the beginning of the PERSEUS project and involved securing a suitable vessel, training on CPR sampling methodology by the Sir Alister Hardy Foundation for Ocean Science (SAHFOS) and the setting up of a MedCPR laboratory in the new Novel Technologies Lab Building of CyI. Finally in October 2014, MSG launched the marine survey which will provide information on the current status of the Mediterranean Sea and a baseline for the detection of future changes.

The operations for the first tow started with Dr. Carlos Jimenez boarding the PETROLINA Ocean tanker with the CPR, on the 16th of October, 2014. The vessel has scheduled calls to Haifa. The initial plan was to tow the CPR on the night of the 19th of October, on the way back from Haifa. Due to a storm encountered, all attempts to tow the CPR were unsuccessful and had to be abandoned. Even so, the journey was valuable, as it allowed for the establishment of a working plan for the use of on-board equipment for the tow, and allowed for crew training on the launch, tow and haul of the CPR. The successful CPR tow was achieved two days later, Tuesday October 21st 2014, on the consecutive call to Haifa.  The tanker crew placed the CPR in the water soon after the tanker left Larnaca, at about 8:00 (UTC) where it remained for the complete route.

The CPR tow was deemed successful since the device sunk to the correct depth soon after it entered the water; a quick look at the sample concurs that some identifiable animals have been caught in the silk. Another great achievement is that no damage incurred on the device (it did not bang on the side of the vessel while being lowered and hauled). The next step is the analysis of the sample and logger data by EEWRC’s PhD student Rana Abu Alhaija while preparing for the next tow, which is expected to take place within the next week. The goal is to establish monthly Cyprus-Haifa tows, while searching for external funds and additional routes to expand the MedCPR and network of collaborators.

The MedCPR results will give us an insight into plankton populations and their movements within the Levantine Sea, as well as a base for climate, pollution and productivity studies. This success is a product of long and careful preparations, involving many participants. MSG would like to thank Columbia Shipmanagement for assisting in attaining a ship of opportunity, Lefkaritis Bros Ocean Ltd for the provision of a Cypriot vessel, the Captain and crew of PETROLINA Ocean for their assistance in launching the CPR and lastly, Ilias Abu Alhaija and Agapios Agapiou for their technical assistance. It is our hope that this collaborative research will be the beginning of a long-term monitoring system for the highly troubled Eastern Mediterranean. 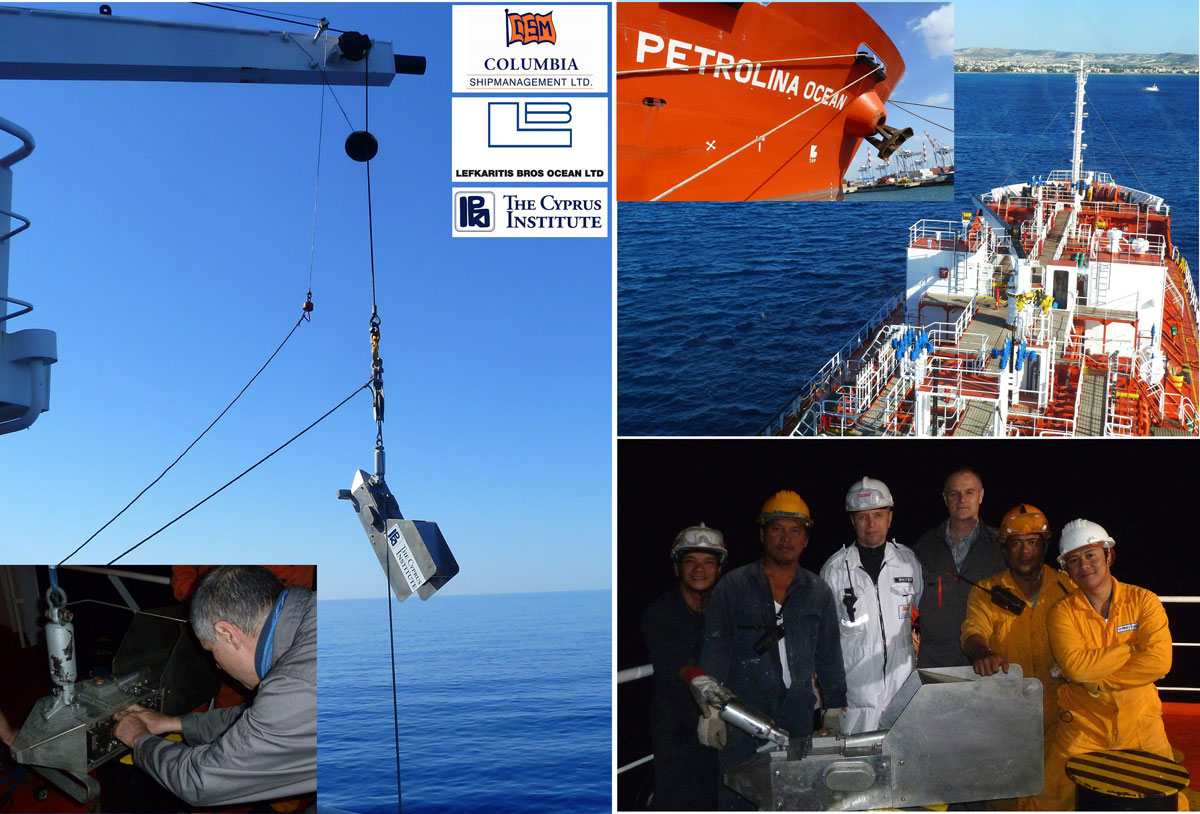