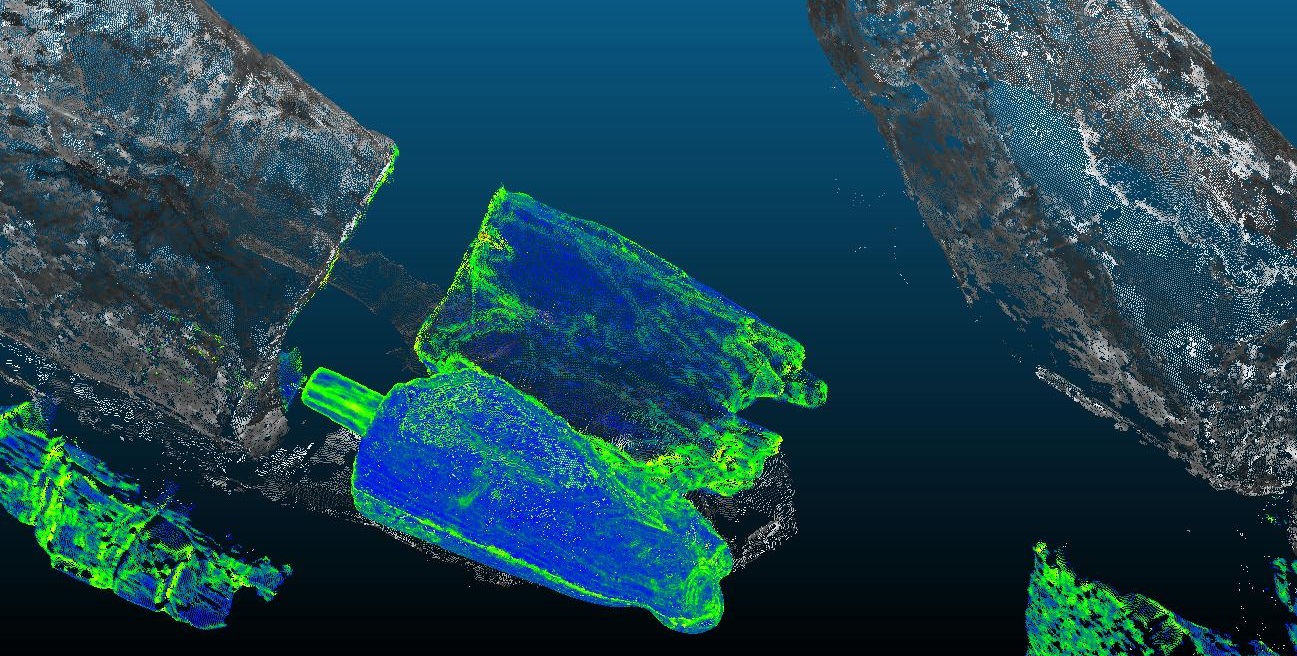 Photo: Reconstruction of the foot of Kouros

A documentary featuring the ongoing work of STARC researchers on the 3D documentation and digital analysis of the Kouros of Palaikastro, a unique chryselephantine (gold-and-ivory) statuette from Crete of extraordinary craftsmanship dating back to the Late Bronze Age, has just been released. The documentary is the first result of the TALOS Project (Jan Driessen, Université Catholique de Louvain, in collaboration with Sandy MacGillivray), the APAC laboratories of STARC- The Cyprus Institute (Sorin Hermon, Martina Polig, Valentina Vassallo, Rahaf Orabi), the Belgian School at Athens, EFALAS (Xrisa Sofianou, Klio Zervaki) and the Hellenic Ministry of Culture and thanks to the expertise of AORI FILMS (Nikos Dayandas, Stelios Apostolopoulos).
In 1987, during the excavation of the Bronze Age settlement of Palaikastro (Crete), the British School at Athens found fragments of a human statue in ivory, stone, and gold, buried beneath the rubble from a destructive fire dated around 1450 BC. During subsequent excavation campaigns, the archaeologists retrieved more fragments, and restoration showed they belonged to a male chryselephantine composite statuette. The statuette’s pose, with the fists clenched in front of the torso, repeats a well-known posture already common for male votaries in Peak Sanctuary cults. Chryselephantine statues are extremely rare, and there is little doubt that all such gold-and-ivory statues of the Bronze and Iron Age were primarily intended to represent important divinities. An initial study suggested that the statue was taken out into the small square and violently destroyed: the shock shattered its upper body, after which the legs must have been thrown within the burning building (Sackett, MacGillivray & Driessen 2000).
The TALOS-Project, exploring the potential impacts of the Bronze Age Santorini eruption around 1540 BC, hypothesises that this environmental disaster caused major and enduring societal upheaval. That also included a series of religious responses triggered by the natural phenomena accompanying the eruption. Besides a change in artistic
representation and the abandonment of traditional cult places such as Peak Sanctuaries, the period also witnesses the change from a female to a male-dominated pantheon. The period before the eruption is characterized by a preponderance of female representations of divinities; by the time the Linear B tablets of Knossos were being created, male divinities, especially Diktaion Zeus, become prominent. The Palaikastro male chryselephantine statue may be regarded as a first manifestation of this male-oriented religion. A reactionary faction of society may, however, have regarded it as an abomination, provoking its intentional destruction within an attempt of ritual deactivation.
The 54 cm high figure of the young man is now exhibited at the Archaeological Museum of Siteia. CyI's APAC Laboratories' researchers carried out the 3D digital documentation of the statue, with the aim of achieving a complete virtual reconstruction of the original appearance of the statue through the analysis and re-composition of the small fragments. This work contributes to a better understanding of the details of the iconoclastic act of destruction and can help identify techniques and technologies applied in the object’s manufacture.

Watch the documentary on the Kouros of Palaikastro here.